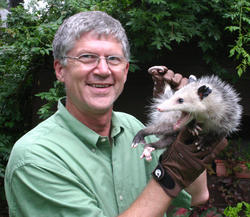 Garden expert, writer, radio and television host Walter Reeves grew up on a small Georgia farm in Fayette County, where his family raised chickens and cows. Walter and his four younger siblings were all expected to tend a large garden for family sustenance. After eighteen years of farm life, he swore that if delivered from tending animals and plants, he would never garden again. Yet, for a guy who longed to see the family farm recede in the rearview mirror as he headed to college, Walter admits that the unrelenting  lure of gardening was stronger than he ever anticipated!

Oddly enough, Walter is now the most respected garden guru in the Southeast and the author or co-author of nine books on gardening. For 26 years, Reeves  hosted “The Lawn and Garden Show with Walter Reeves” Saturday mornings on Atlanta’s WSB radio. It was one of the most listened-to radio shows in Atlanta among all 30 competing stations each weekend. He also writes a weekly column for the Thursday Atlanta Journal-Constitution and distributes a bi-weekly e-mail garden newsletter.

Walter is a strong supporter of the 4-H and Cooperative Extension organization in Georgia. He was a 4-H camp counselor, a 4-H adult leader and is a Master 4-H’er. He claims that the skill to do a five minute 4-H talk that he learned in fifth grade is the basis of his entire career.

He has been for many years a member of the board of directors of Southface, the Atlanta-based sustainability organization.

Besides being the authority on gardening in the South, Walter is also the father of Grey, the world’s best 29-year old(?!) peripatetic son.