Home » Gardening Q and A » Bird – Banging into Window

Q: We have a cardinal that has been flying against our picture window for a week. He’s banging his head and making it bloody. What can be done to stop this?

A: Ah, that sweet springtime surge of hormones! Makes you want to be a teenager again doesn’t it?

Your cardinal is trying to establish a territory. He is enraged and jealous because he sees an interloper standing right there behind that shiny glass window. Worse yet, the stranger fights back every time the cardinal gives him the rush. Robins and mockingbirds do the same thing.

All you have to do to dampen the fires of ardor is to tape some newspaper on the outside of your picture window to cancel the mirror effect. You can remove it in a few weeks when the cardinal has settled down and isn’t so jumpy.

The springtime ratio of daylight hours to nighttime hours is what initially causes the territorial urge in birds.

This same behavior may be repeated in fall, when the same ratio occurs. In my experience, the fall bird-banging season is much shorter than in spring.

Several years ago, my neighbor had a mockingbird repeatedly attack the mirror on his car. Every time the bird hit the mirror, he went to the bathroom on the car. We fixed the problem by taping a plastic grocery bag over the mirror for a few days. 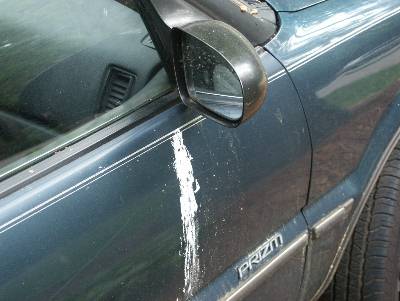 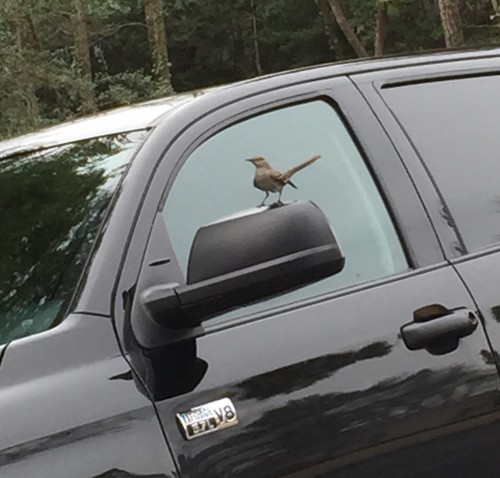 Tags For This Article: Spring