Q: I’ve seen grubs in my yard from time to time, but yesterday, I ran across a big one.

This rascal has to be almost 4″ long when fully stretched out! Normally, grubs are about 3/4″, right? What is it later in life…. a bird? Or the largest beetle I hope to never see?

A: And a manly grub he is! It is probably a Hercules beetle  grub. The insects which gave rise to the grubs are larger than most but are smaller than the grubs from which they come, after a short pupation in the ground.

The grubs are usually found in compost piles or in rotten logs. They do no damage other than scaring the wits out of folks who find them. The adult beetles are prone to flying through open church windows during summer revival meetings, where they entertain youngsters much more than the night’s Scripture lesson! 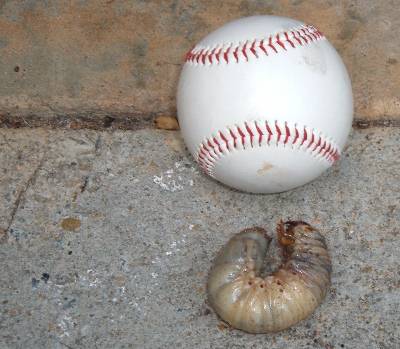 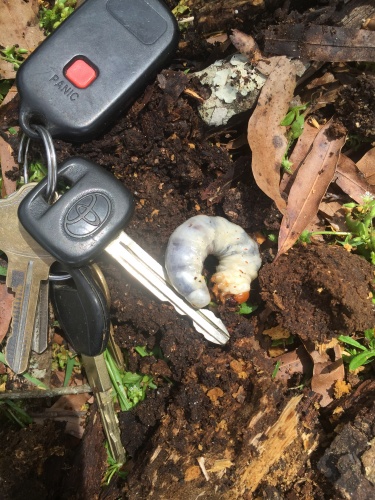 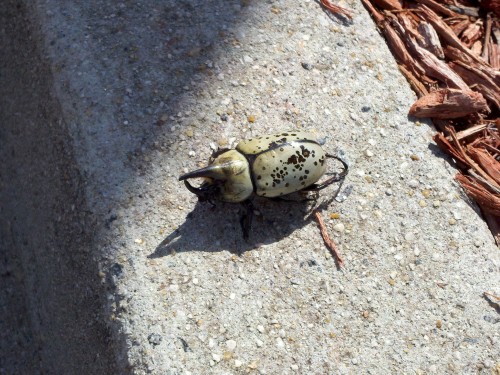 Tags For This Article: compost, insects