Q: My hosta leaves have a odd green mottled look…light green and dark green combined. Any ideas what this is?

A: Your hostas have a virus, probably one that’s known as “Hosta Virus X”.

The problem was first thought to be an attractive variation in hosta leaf color and several hosta varieties were named and sold at retail. When the variegation was discovered to be a virus, the hostas had to be recalled as best they could be.

The virus is spread by insects and pruning tools. It may not show up for two years after infection.

Pull up and destroy the hostas you see damage on. Consider removing every hosta in your landscape.

Do not give divisions of any hosta to your friends for three years, until you are sure the plants you have are not infected.

How is Hosta Virus X Spread? 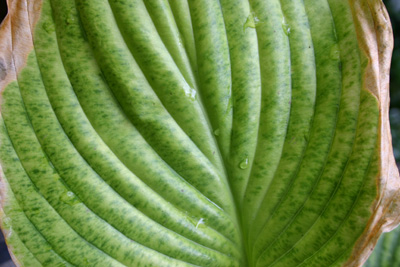 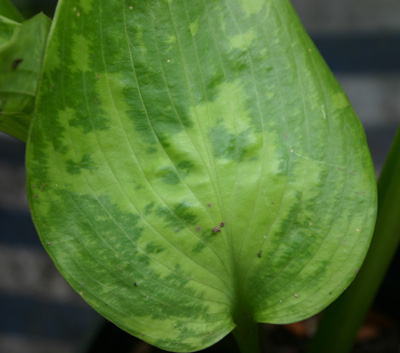 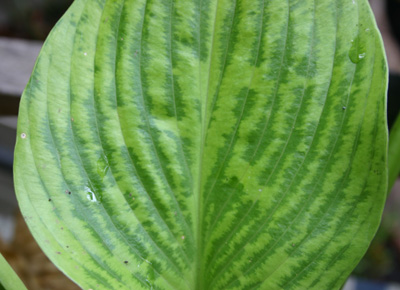 Tags For This Article: hosta, virus