Q: Can you tell me what this bean and seed is from? I got them from a man who told me it was a beautiful vine but he didn’t know what it was.

The white edge to a seed makes it look like a cracker with filling in it. But the white stuff is hard like the seed – not splitting open.

A: Back in 1912, Charles Dawson collected bone fragments from a gravel pit near the village of Piltdown, in England. Experts thought the fossils were from a unique form of early human. A great media uproar about evolution and creationism ensued.

In 1953, the discovery was shown to be a forgery. The bones came from a modern human skull and an orangutan’s jaw.

Even experts can be fooled – but I’m positive your photo shows parts of two different plants.

The dark seed with the white eye is that of purple hyacinth bean, also known as Thomas Jefferson bean. The vine is covered with beautiful flowers and purple bean pods in fall.

The much larger beanpod is either jack bean or sword bean. If you break it open, you’ll see that the pink seed inside don’t resemble the hyacinth bean seed. In fact, the two big beans themselves are distinguished only by the length of the seed eye.

Plant the seed of both plant in May when the soil is warm. You’ll have lots to show your neighbors in fall! 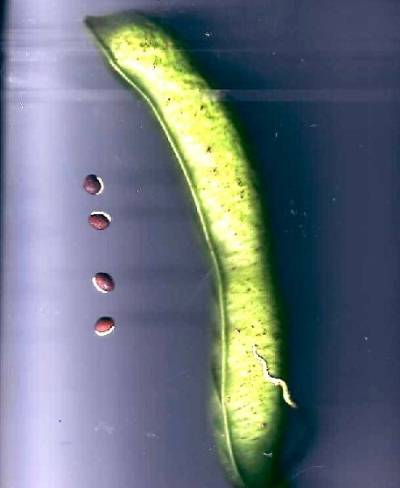 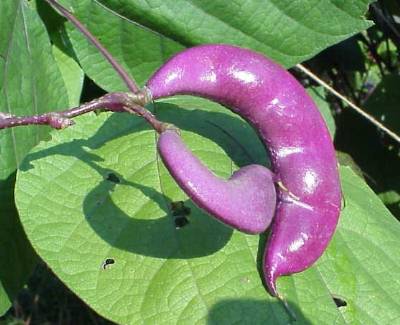 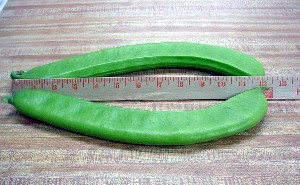