Q: I have a long twenty-five foot tall Leyland cypress hedge. They were originally planted on four foot centers along my property line.

They were very healthy until this summer, when die-off of needles began at one end of hedge. The damage starts at the bottom of each tree near the trunk and works “up and out” from there. So far, the outermost needles are not affected. Your thoughts?

A: You have given me a great description of cercospora leaf spot. It is widespread in years when we have a damp spring and early summer. It’s a serious disease of Leyland cypress and cryptomeria.

Cercospora is exacerbated by close planting and nearby shade. As opposed to limb cankers, which cause individual limbs to turn brown, leaf spot moves “upward and outward”, often leaving the interior brown but with green branch tips.

If you want a confirming diagnosis, call your local Extension office (1-800-ASKUGA-1) and ask a county agent for directions for bringing in a sample from your trees.

Copper fungicides (click for sources) or Bordeaux mixture might be of some help but changing the environment around a plant is a better strategy.

Difference Between Seridium and Bot Cankers 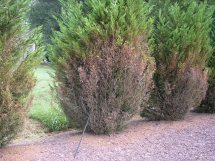 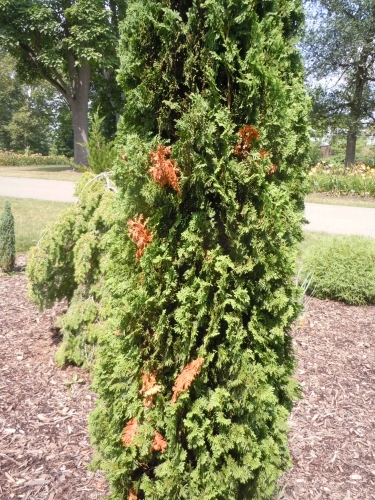 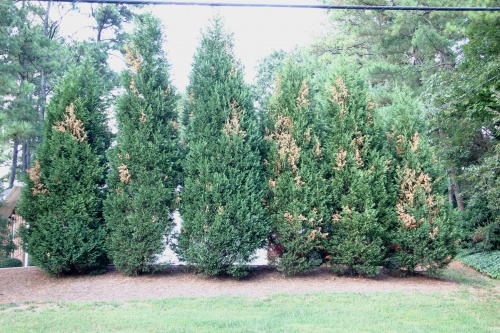