Q: Last spring I purchased a perennial and accidentally disposed of the tag. The plant leaf closely resembles a coleus and is magenta, cream and green. I do remember the name on the tag was something like Magilla. The plant has flourished but I need to know its winter care.

A: I remember watching “The Magilla Gorilla Show” back in the early Sixties. Magilla had somehow come to live at Peebles Pet Store. Mr. Peebles, the owner, tried unsucessfully to sell him in each episode. The price got lower and lower each week.

In contrast, ‘Magilla’  has become more and more desired over the past few years. The bright purple and yellow splashed leaves make it look like a coleus, which in fact it is.. It is a carefree plant, thriving in part shade to full sun. It will not survive winter cold. Remove a few six-inch cuttings and put them in a cup of water on a windowsill. They will form roots in six weeks, after which you can plant in small pots before moving them outdoors in spring.

‘Magilla’ perilla is actually a coleus 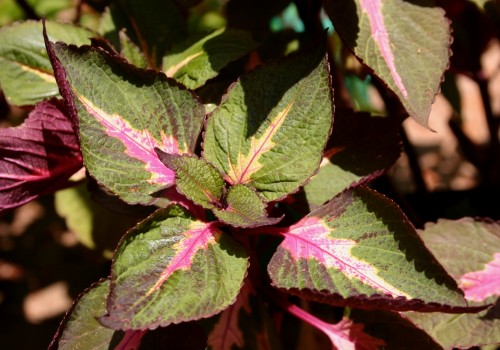 Tags For This Article: magilla perilla