Q: In cleaning out my mothers property after her death, I found a container of seeds that were my father’s favorite tomato plant.  He died in 1996; the container is dated June of 1993.  It would be a nice connection to be able to make them grow. (They were also delicious). I would very much appreciate any advice on maximizing the potential of growth from these seeds.
A: Vegetable expert Daryl Pulis says:
” We heirloom tomato growers have tried various concoctions to increase germination of really old seeds.
“It used to be that a Potassium nitrate and water solution was suggested. Carolyn Male, pioneer heirloom grower, author of 100 Heirloom Tomatoes for the American Garden and an old friend, says that she now uses a couple of pinches of the blue stuff (Peter’s or Miracle Gro) in a glass of water. She says to soak them for a day, poking down any floaters, then sow. She says that old, old seeds may take a few months to germinate.
“With peppers, I’ve noticed that after a month or so of damp, if I let the tray dry out then re-wet it, I often get germination of seeds that I had lost all hope for.
Never give up is my motto. Last year, I sprouted some 16+ year old tomato seeds that the late Chuck Wyatt sent to me that I had given to my mother before she became ill, and that hadn’t been kept in good conditions.
“They were feeble, and need some extra “life support” for their first weeks, but they grew.  It’s worth resurrecting some strains by taking extra care.” 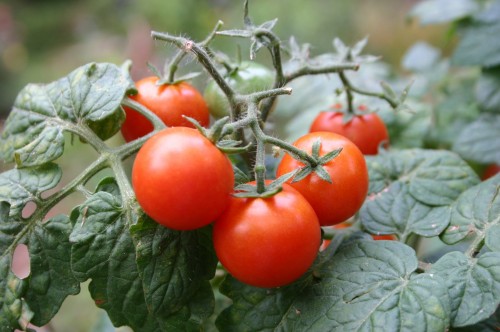