Q: I’ve lived in this house in Gainesville for ten years. Every fall when I open the windows hundreds of lady bugs, wasps, and large amounts of straw fall out of the window frame.

Last night when it cooled after the rain I opened up the upstairs windows on the east side of the house and found it again. In the straw there appears to be little cocoons, itty-bitty unborn grass hoppers, a couple of wasps, and a couple of little black ants. The windows appear to seal shut, that is no draft.

How can I control this problem? One year I had to scrape the window frame with a putty knife. Last night I used a small air compressor to blow the critters out.

A: The problem here is caused by a wasp, variously called “bird-nest wasp” or “grass-carrying wasp”.

My friend Render Ward used to tell me that often he woke up feeling like he “had a mind like a steel trap….rusted shut”.

I forget folk’s names regularly and sometimes I can describe a shrub I’m trying to name only as “that green thing with the hangy-downy flowers in May….”.

When I originally got this description and pictures, I had no clue what it could be. I sent the email to my University of Georgia Extension colleagues and heard not a peep.

But six months later, while reading an article from the University of Minnesota Extension, my steel trap mind opened up to put 2 and 2 together.

I won’t go into the details because the attachment below does a better job than I could. Basically the wasp is only a harmless nuisance.

I shall henceforth refer to it as “that bug that stuffs grass into window frames….” 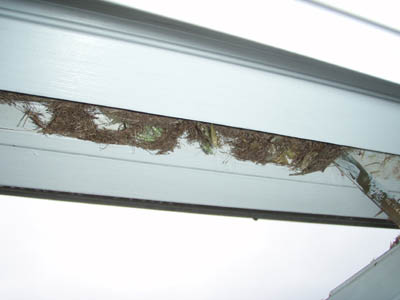 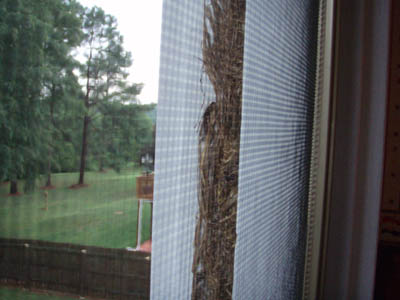 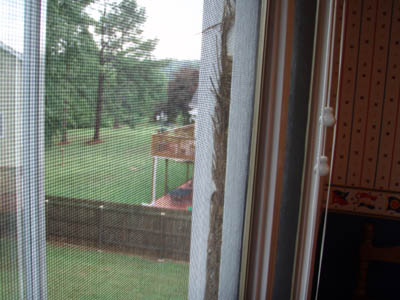