South Africa, of course, is known for the wide variety of animals that live in the grasslands. We went out at 5:30 a.m. and again at 4:40 p.m. each day to look for animals.

Surprisingly, the animals mostly ignore the vehicles; these shots were taken from no more than 25 feet away. 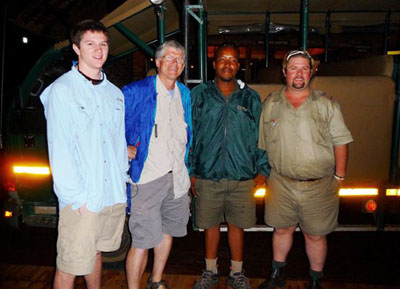 my son Grey along with our trackers 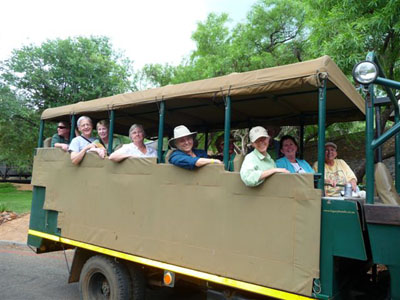 the most modern conveyance! 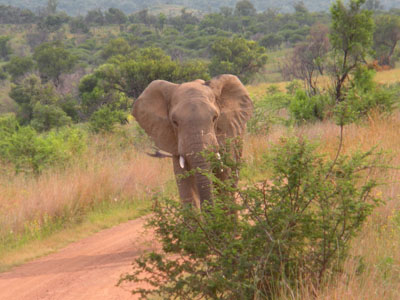 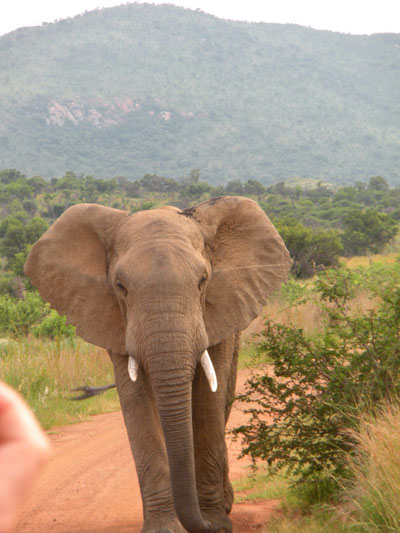 he got bigger as he got closer 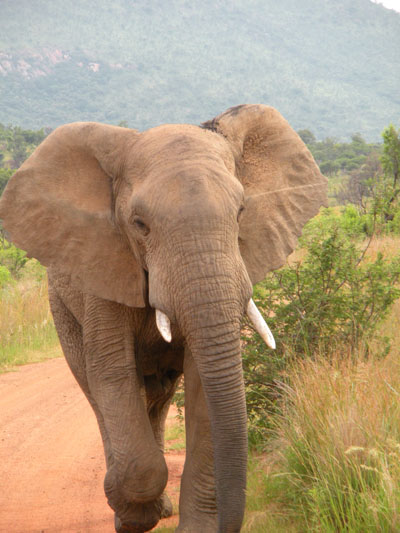 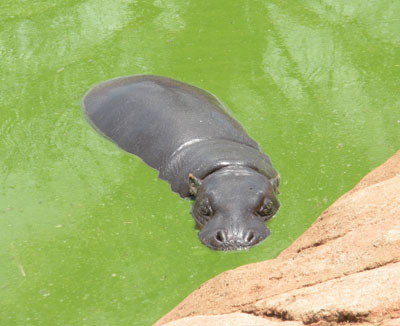 how would you like to keep this water clean? 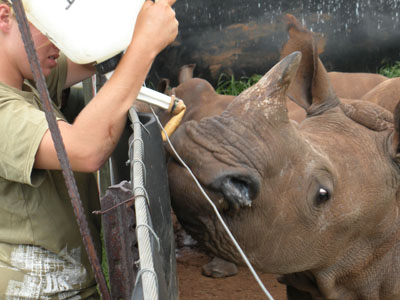 baby rhino being fed by bottle 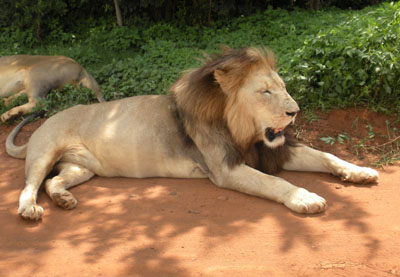 the King of Beasts takes a nap in the road 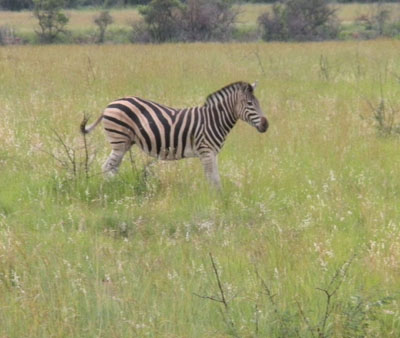 no two zebra patterns are the same 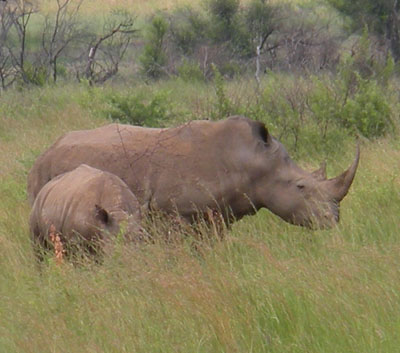 female rhino; you can tell because the horn isn’t damaged by fighting 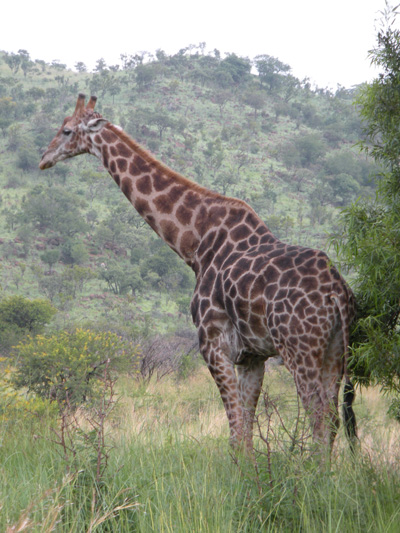 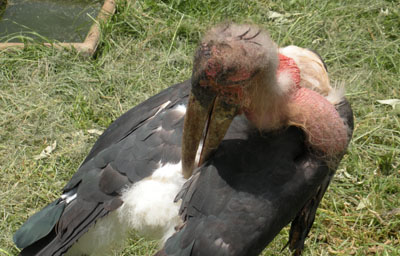 only his mother could love the lowly undertaker bird 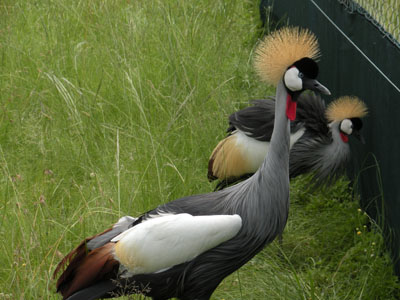 but any mother would be proud of this crowned crane offspring 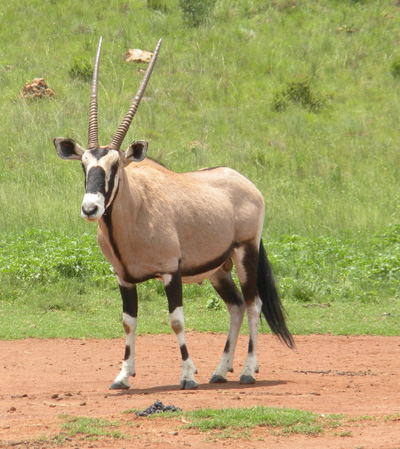 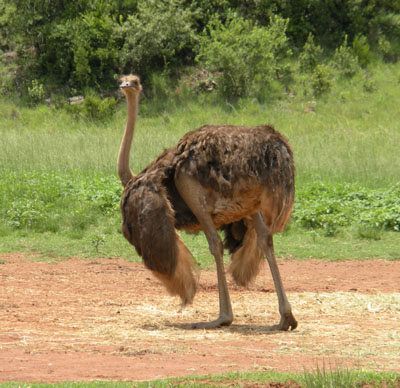 female ostrich; males are darker than females, so they are better camouflaged at night when they sit on their nest 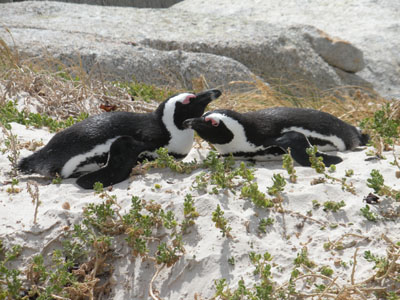 remember, Cape Town is close to Antartica…so penguins live on the beach 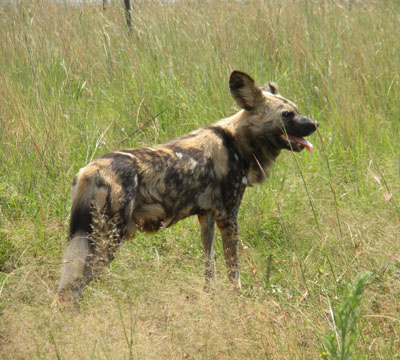 wild dog is one of the most endangered animals 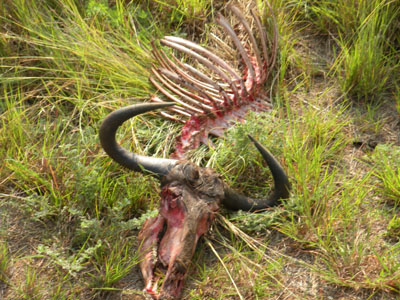