Q: I found this wasp in our house. It’s the biggest wasp I have ever seen. I won the battle but it was touch and go for a while. Could you please tell me what the heck it is?

A: It’s a European hornet, Vespa crabro. As it’s name implies, it is not native to the U.S. The insect was first reported in North America about 1840 in New York. Unlike the bald-faced hornet, Dolichovespula maculata, European hornets do not build their nests in the open. Their nests are most often inside hollow trees or building cavities.

Uniquely, European hornets also fly at night. They may be attracted to lighted windows or screen doors.

These hornets sometimes girdle tree branches as they gather wood pulp to make their nests.

If you find a colony you wish to control, aim a few squirts of Wasp & Hornet spray into the nest opening. 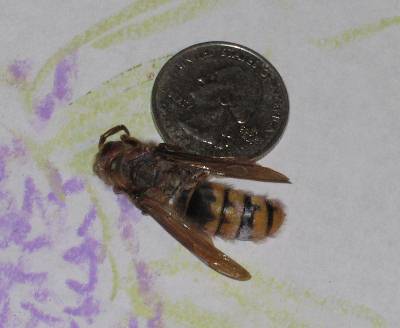 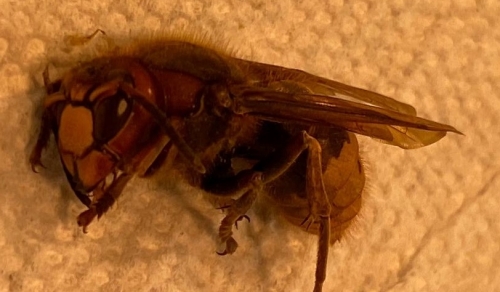 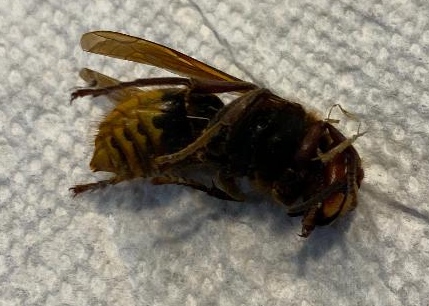 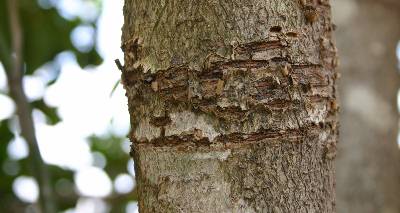