I’m right about a lot of things but I’m sometimes equally thrilled to be wrong about something. In the September 2, 2010 Georgia Gardener newsletter, I incorrectly identified a beetle. Fortunately, I have entomologist friends who are smarter than me!

UGA entomologist Kris Braman says these are actually sugarcane beetles, Euetheola humilis. These beetles are active at night and are attracted to light, explaining why the questioner below saw them at the shopping strip.

Interestingly, the adult form (not the white grub larvae) of this creature is the one that can damage turfgrass. If seen, any insecticide labeled for lawns will control the beetles.

Q: A strip shopping center near my house has been invaded by beetles.  They are around a half inch long and hundreds of them are piling up around the base of the walls in giant piles.   They seem to be burrowing in any available crack in the side walks and asphalt.  Do you know what they are?

A: They’re May beetles, Phyllophaga spp.. You’re probably familiar with the C-shaped white grubs that live in soil and attack grass roots in early summer. These grubs come from several species of beetle, including Japanese beetle. Different species emerge from the soil at different times, and May beetles, despite their name, emerge in August. Take a strong flashlight with you and see if you can spot them feeding on leaves of oak, hickory, poplar and crabapple. 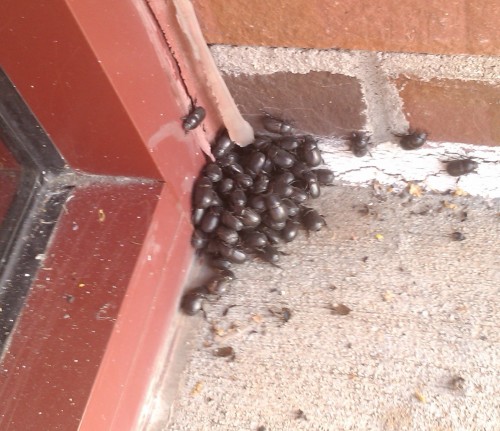 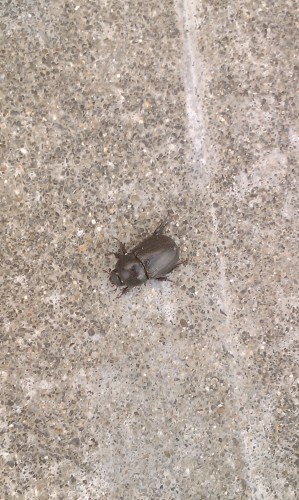 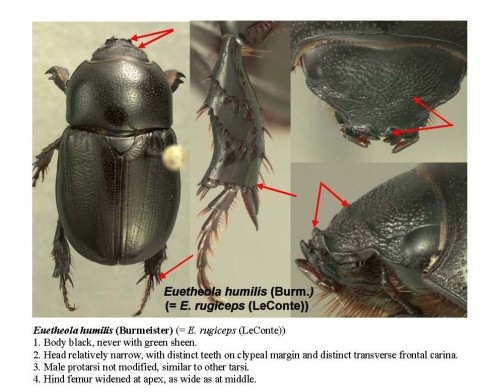 Tags For This Article: sugarcane beetle