Former Extension agent Christi Heidt reports an unusual problem: scale insects on acorus (variegated sweet flag). As far as I can tell, this has never been reported before. Here are her comments:

“I was really surprised about the acorus. I would bet that they came from a single grower. We bought them from an “unnamed source” wholesale division. When I went to talk to them about my suspicions they, expectedly, got very defensive and claimed to have never seen the problem before. However, upon checking out their stock – they were infested as well and moving to other plant stock close by. I’m sure quite embarrassing for them, but confirmed my suspicions that they are coming from the grower.

“We have seen them in almost every planting scenario – sun, shade, moist, dry, protected, exposed . . . which just confirms more the theory of bad stock.”

“Treatments would follow normal procedures for managing any armored scale. Treatments done now would have to be systemic to have any chance of control. The best option would be to wait until crawlers emerge (in Spring) and appy a horticultural oil.” 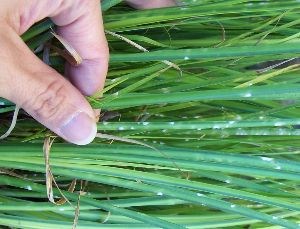 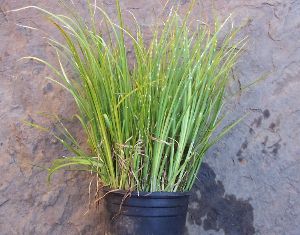