Not far from my home, an elementary school has built an impressive garden in the building’s courtyard. Throughout the school year, teachers take advantage of the flowers and vegetables growing there as they instruct about biology, history, math and English. I visited the courtyard in the summer of 2015 to see how it was getting along with little maintenance while school was out.

It was a bit overgrown, as you’d expect, but I spotted one plant I didn’t expect to see: Queen Victoria Century Plant, Agave victoriae-reginae.

It’s a gorgeous plant but agaves are usually not winter-hardy in Atlanta.

I contacted Sally E., a paraprofessional at the school and one of the motive forces behind the garden. She says “The agave is certainly a beautiful plant! It was planted in late summer/early fall of 2009. It hasn’t been harmed by winter cold – even the severe winters of 2013-2014 and 2014-2015.”

My guess is that the courtyard provides winter shelter and a bit of warmth from the brick building. Like the children indoors, this plant is thriving in a supportive environment! 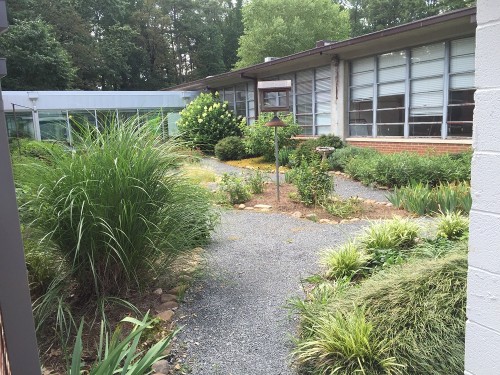 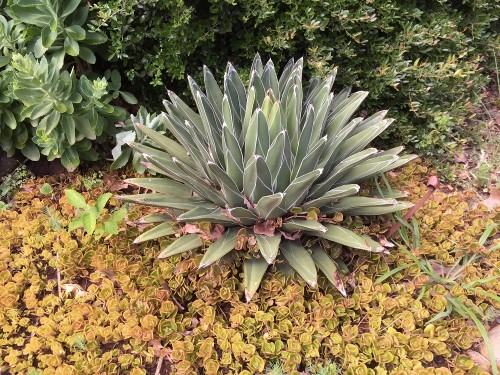