Most of us enjoy the cooler weather ushered in by late October and early November. Fall is fast approaching and we anticipate with pleasure the crisp days to come.

Our landscape plants, though, have different reactions to the advent of cooler temperatures and shorter days. For hardy perennials it is time to store aboveground resources in belowground roots. Leaves and stems go dry in anticipation of winter. The soil-level crown of a hardy plant readies itself for dormancy, secure in its ability to sprout once again next spring.

Some plants, though, prepare for winter, go dormant and are never seen again. Winter cold kills or severely weakens them. Tropical bulbs, after all, can’t be aware that they are in Atlanta’s Hardiness Zone 7, where temperatures may fall to ten degrees in winter. Some summer bulbs that are winter-hardy in south Georgia just can’t survive the rigors of most Januaries in Atlanta.

Here are some tips for storing some of the summer-flowering bulbs which can’t tolerate our winter temperatures.

DAHLIA Mine have bloomed since June but are now way too tall for their spot. Most are supported by braces made from hydrangea prunings, which have bent awkwardly due to the weight of the flowers. Dahlia stems originate from underground tubers. The tubers will occasionally make it through winter in Atlanta but survival is far from certain.

Dig dahlias and remove the stems just above the thick tubers. Store the swollen roots in plastic tubs filled with perlite. You can usually fit two or three layers of roots and perlite in one container. Wounds on tubers that were damaged in digging should be dusted with powdered sulfur to prevent development of fungal infection.

CALADIUM Native to South America, once upon a time caladiums were strictly a plant for shady gardens. With the development of thicker-leaved varieties, caladiums can grow in full sunshine as long as adequate moisture is available. Light frost kills caladium leaves outright but the best time to dig the plant is before the leaves disappear. You’ll be able to find them hidden in the soil much easier if you use the stem as a handle to gently tug the corms free as you dig.

Caladiums can also be stored in a plastic tub and covered with perlite. Separate the corms by leaf color and label the tubs carefully. You won’t be able to tell which is which next spring without a label.

Both caladiums and dahlias should be stored in a warm, rather than cool, spot for the winter. A little-used hall closet is a good place. If kept in a cool basement or unheated garage the roots deteriorate and do not sprout easily in spring. Keep the lid on the container until you retrieve it in April.

ELEPHANT EAR They are not reliably winter-hardy outdoors in Atlanta although some will come back after a mild winter. One winter care choice is to cut the stems down to six inches tall (CAUTION: do not let sap touch eyes or tender skin, it’s caustic), cover with an overturned gallon pot and cover everything thickly with pine straw.

If you want to keep the corm (bulb) safely indoors for winter, remove the stems, dig up the corm and let dry for a week in a cool spot. There is no need to clean it, other than brushing off loose dirt.

Half-fill a large plastic box with perlite, dry peat moss or crumpled newspapers, set the corm into it, and finish covering it up. Replace the box cover and keep it in a cool closet indoors, where temperatures are close to 65 degrees.

Plant the corm outdoors when nighttime temperatures are above 60 degrees next spring: usually in May.

GLADIOLUS The name gladiolus is Latin for “small sword” due to the shape of the leaves. Glads are usually winter-hardy from Atlanta southward but digging them each fall is still a good idea.

Steve G. recently wrote me to describe his father’s success with gladiolus. He comments that “even though they will winter over, I do as my father did and dig them up in the fall. If you leave them in the ground, the small bulbs they produce restrict the growth of the main bulb so digging them up in the fall frees them for better growth when replanted in the spring.”

Steve and his father are astute gardeners. Dig gladiolus in October, allowing the soil to dry around the root mass for a week. Break apart the soil, looking for the small cormels that surround the main corm. Separate them by size and store for the winter in mesh bags kept in a cool spot. The large corms will produce blooms again next summer but it will take a couple of years before the smaller corms grow large enough to make flowers.

I can tell you from personal experience that waiting until the last minute is a bad idea when it comes to digging summer bulbs. Grab a shovel and get to work this weekend, celebrating the arrival of fall and the accomplishment of one of the easiest fall chores. 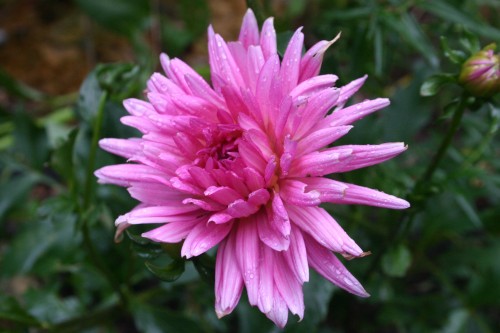 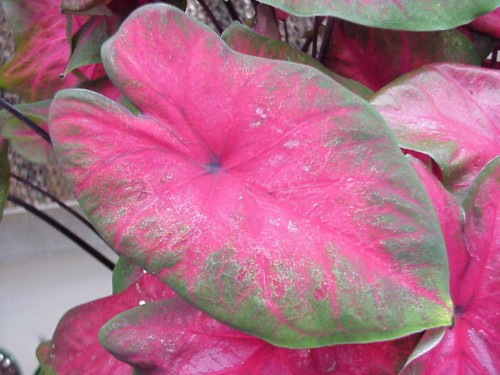