Q: I want to plant some holly bushes in my yard for birds to feed on the berries, but don’t know the name of the species growing around our courthouse.

Large flocks of cedar waxwings descend on it during the winter. It’s loaded with bright red berries.

A: One of the ways to distinguish hollies is by the spines on the leaves. Chinese holly, Ilex cornuta, has wicked, sharp spines, guaranteed to draw blood when pruned. Japanese holly, Ilex crenata, has small leaves and no spines. ‘Soft Touch’ holly was specifically selected to reassure gardeners that not all hollies poke you when you pass by.

Your holly is a ‘Foster’ holly, Ilex x attenuata ‘Fosteri’. It is a cross between Ilex opaca and Ilex cassine. The spines on the leaves are sharp….. but not blood-thirsty. Leaves vary in the number of spines they have, occurring in 1’s, 3’s and 5’s.

As you’ve noted, the berries are favorites of cedar waxwings, mockingbirds, robins, and woodpeckers. The dense foliage makes a great hiding place for bird nests.

‘Foster’ is usually pollinated pretty well by Chinese hollies in the area that bloom at the same time. 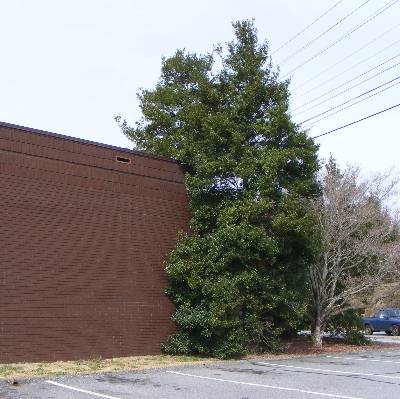 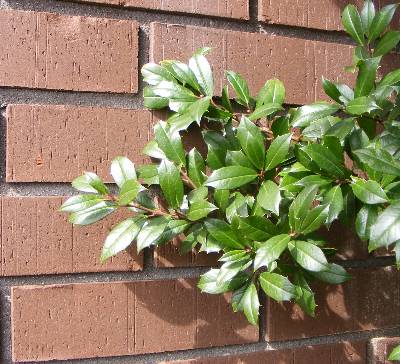 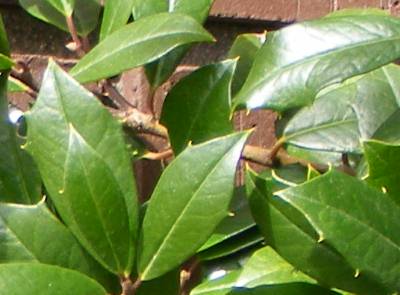