When I was a kid, I loved melting plastic toy soldiers. I’d climb into the loft of our garage and position myself by an open window. Setting a match flame to the head of a defenseless infantryman, I would thrill to the “thriiiiiip, thriiiiiiip, thriiiiip” of flaming plastic falling onto helpless warriors in the sand below.

Newspaper, dry wood and old clothing surrounded me but I played on, oblivious to the risk. We all know what can happen when kids play with matches but fortunately the garage still stands, unfazed by adolescent flames.

Gardeners are sometimes so tempted by the fast-growing nature of a plant that we fail to acknowledge the risk of rampant growth. The thrill of quick coverage blinds us to the peril of rampant multiplication. Just as I risked our family Ford with the fire I fiddled with, so might you risk introducing a scourge in your garden. Here are four plants, commonly sold in nurseries, that have the potential to kindle alarm.

VINES The esteemed newspaper columnist Celestine Sibley once spent a week railing about the incredible and despicable fence- and garage-covering ability of a plant she called “raisin vine”. It turned out to be five-leaf akebia (Akebia quinta). Undaunted by her loathing, I built a tree-shaped trellis and planted the vine at its base. Within a year I had a green landscape screen eight feet tall and six feet wide.

Seeing how “successful” my first experiment had been, I built another triangular trellis and planted a silver lace vine (Polygonum aubertii) beneath.

Success, though, is always relative. Both vines have escaped from their trellises and crept as much as twenty feet away. I am constantly removing them from nearby laurel shrubs and flower beds. I’m not ready to rip them out yet – – but I can hear Celestine shouting her emphatic opinion from her perch in the heavens.

PERENNIALS My friend Tara Dillard was tempted once, like I was, to install chameleon plant (Houttuynia cordata) in her garden. We have both heartily regretted it. The pest spreads more than three feet per year and overwhelms anything less than two feet tall in its path. I remember seeing Tara’s rose standing like a spindly, lonely beacon in a sea of chameleon plant leaves.

I dug a hole for a bog garden in the spot where my original chameleon plant choked everything around it. I painstakingly sifted through six wheelbarrow loads of soil by hand, looking for errant pieces of root that could sprout into a new invasion before I dumped the dirt into a new bed. Even so, I still occasionally find the heart-shaped leaves peeking from the soil, waiting to make a run for it when my back is turned. I planted a couple of sprouts into a plastic bowl to remind me of my original folly. Container gardening (or Roundup(tm)) is the ONLY way to deal with this aggressive nuisance.

Another perennial that has been a great botheration to me is yellow archangel (Lamium galeobdolon). I think I eliminated the final sprig last year but I keep my eyes open for its silver-green foliage among the ferns it once smothered.

As a kid, I was just smart enough to drop spent matches out the window instead of setting them in the tinder beside me. I didn’t scorch my fingers or incinerate the garage with my military maneuvers. If we gardeners would be that careful when choosing plants, our landscapes would be less likely to be consumed by plant hooligans. 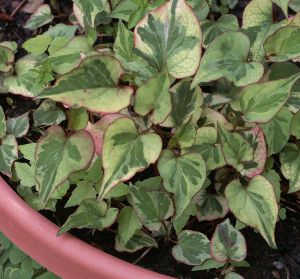 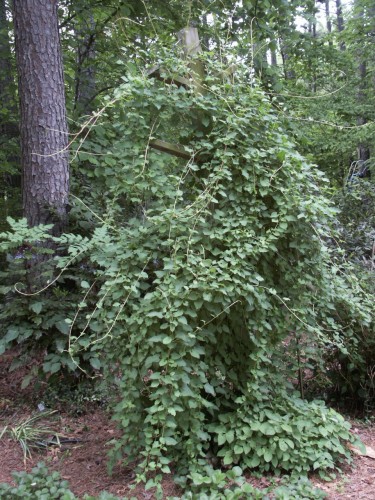 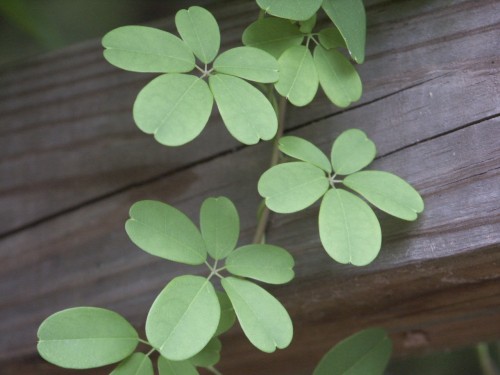