Q:I have 5 large Knock Out®  roses in my yard, 3 are planted together. They have been in the ground for 3 years and have always been red. They just recently bloomed and one of them is now pink and another is turning pick. What happened and what can I do?

There a few possibilities. One could be that the bush is sporting, which is a spontaneous change in the DNA of a cane. Sometimes this is a brand new trait and if it is stable, can result in a brand new rose. For instance, the rose “Touch of Class” which is a pink/coral bloom sported a pale cream/pink bloom that was stable and resulted in the new rose “Classic Touch”. For a rose that is a hybrid, sometimes the rose sports blooms that revert back to one of the original parents. This may be stable and always show the different color, or it may be unstable and goes back to “normal” in the next blooms cycle. The problem with this theory is that a whole bush does not usually show this, but I suppose it is possible.

Another theory would be that with the odd winter and chilly 2014 spring that we have had, the rose blooms are simply a bit “off” the norm. Many roses show unusual coloring when unusual weather conditions occur. For instance, St. Patrick is a yellow rose with a faint greenish coloring on the outer petals. Sometimes though, the blooms are totally green. This is also why roses in a greenhouse that are blooming a few months early will have very interesting colorations due to lower light levels. February and March blooms in greenhouses can be a lot of fun to look at.

Also, if the buds on the bush or the canes were cold-damaged, this could result in some “weird-looking” blooms. I have seen many very strange looking blooms on various roses around the Atlanta area.

The final theory is that the rose is a grafted rose and the graft has died or been heavily damaged and the resulting blooms are from suckers that are growing from the actual rootstock. The strange thing is that the suckers are most commonly “red” from a Dr. Huey rootstock, not pink. But if it was grafted onto a rootstock that has pink blooms, this could be the case. 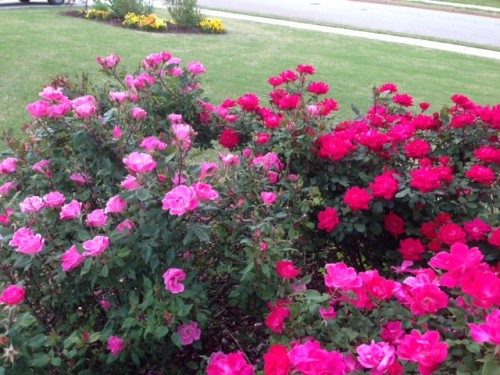 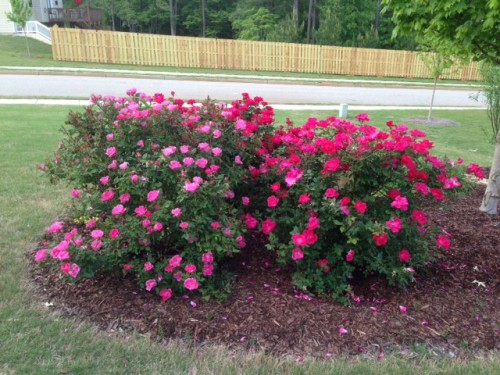 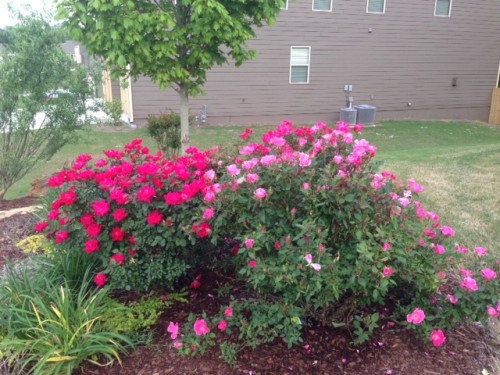