Q: At the beginning of May, I had ten Emerald Green arborvitae planted by a local landscaper. Four of them died, one after another, over a three month period. I was told I did not water enough.

A: I lost three of the four arborvitae I planted five years ago for the exact same reason: not watering enough. Even though mine were planted in late fall, and I assumed winter rains would take care of them, they did not get enough water. By mid-May the next year, they were toasty brown.

In your case, May would have been a terrible time to plant your arborvitae unless you were prepared to water heavily once per week for the next several months,

The decline might have been exacerbated if the landscaper simply dug a hole and popped them in. Roots would have had a hard time expanding before the summer drought. Replant now, giving plants five gallons of water per week (in the absence of rain) until next September. 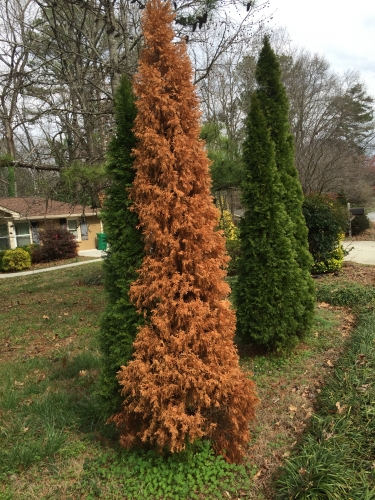 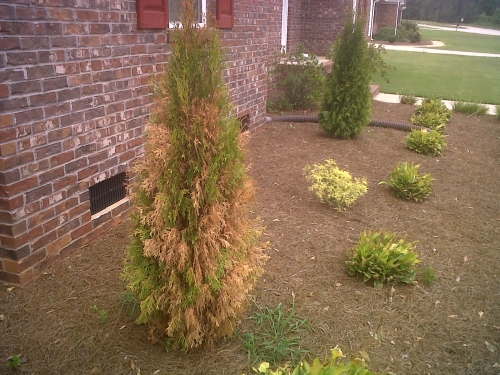 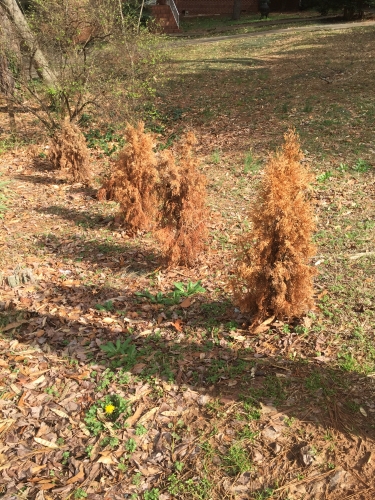