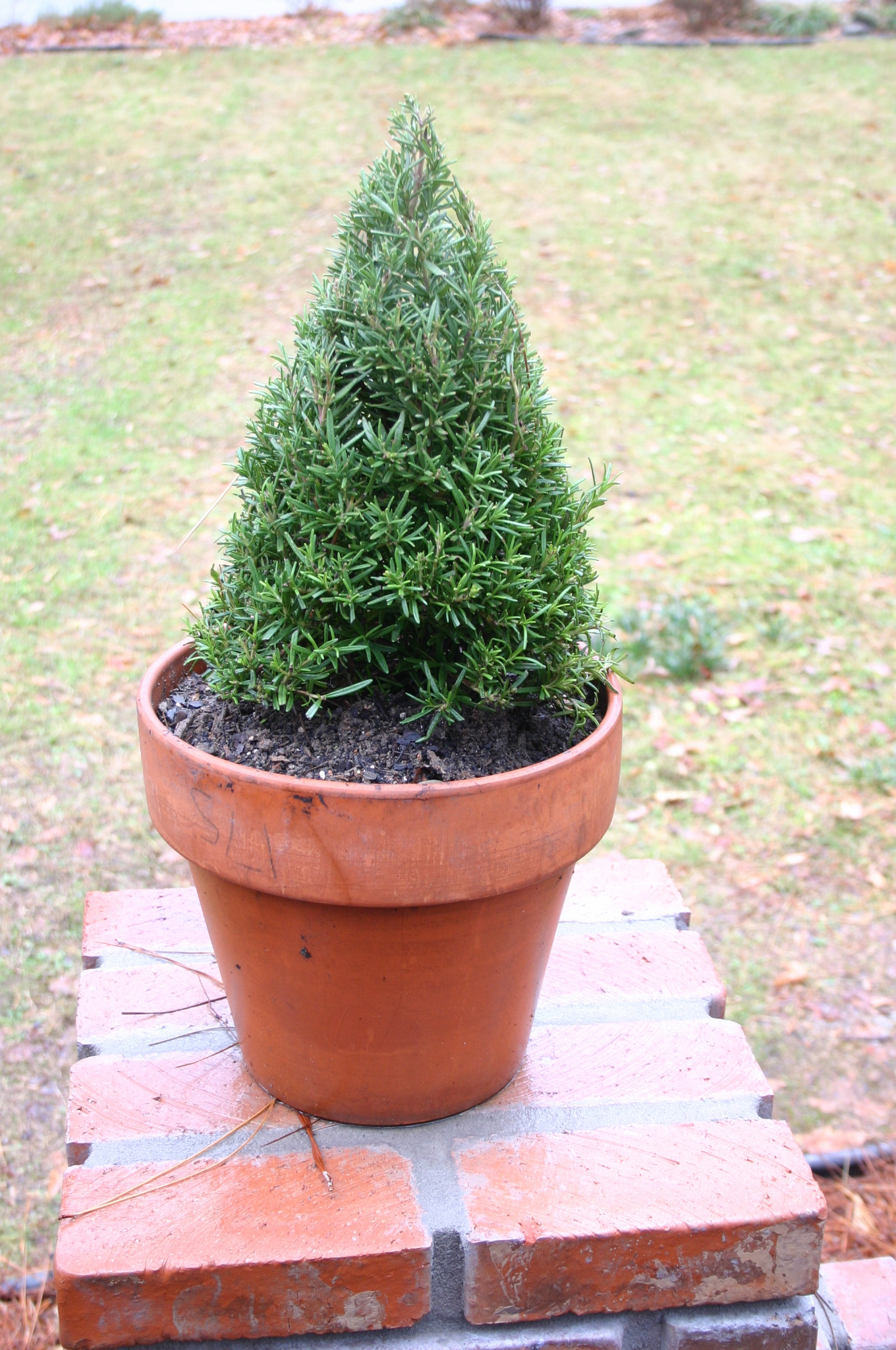 Q: I had a very large rosemary that flourished outside but it died of old age. I just bought two more and the label says they are hardy down to 20 degrees F. Should I keep them indoors or put them outside?

A: Rosemary is considered hardy outdoors in Atlanta. Most gardeners leave their rosemary in the garden for winter and remove damaged limbs in spring. Some varieties, like ‘Arp’ and ‘Athens Blue Spires’ are more cold hardy than the species.

Rosemary topiaries are popular gifts for the holidays but they are problematic if kept indoors for long. Powdery mildew and root rot seem to get them every time.

If you receive a potted rosemary, place it in a sunny window and keep the foliage dry. Cool rooms are much better than warm rooms. Water only when the soil begins to dry out. If the soil never seems to dry, repot the plant using a fast-draining potting soil designed for cactus.

When the weather warms in April put your rosemary out in the landscape where it belongs.