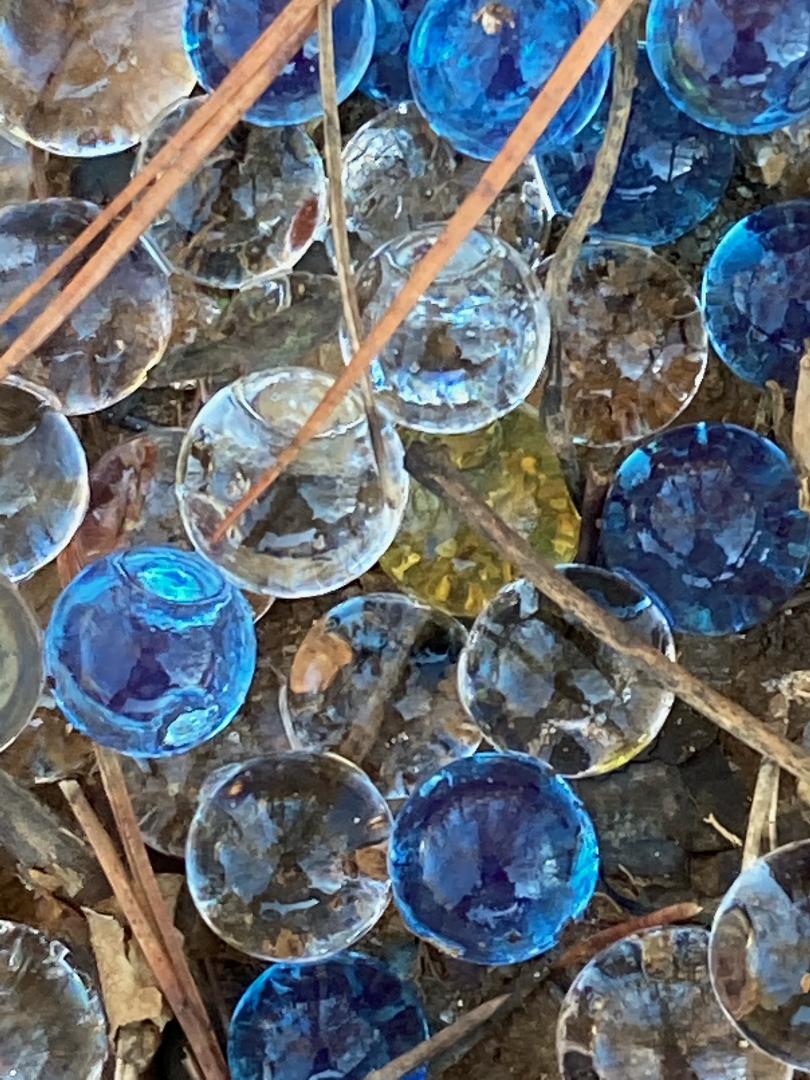 Q: I have a big mystery. One morning there were some very tiny mushroom like growths in the dirt next to my driveway . When I came home that evening they were all dead and wilted and gone. The next morning when I got up there were strange round clear, blue, yellow, and some red balls of gel about the size of a marble in the same locations.

A: Great pix!
When I saw them, I remembered writing about something similar a few years ago.

They are a water-absorbing organic polymer that looks like salt initially. When they absorb water they make perfectly round balls, that can release water into the soil as needed. When filled with water they look like glass marbles but soft to the touch. I would guess they were part of a potted plant that was dumped out. 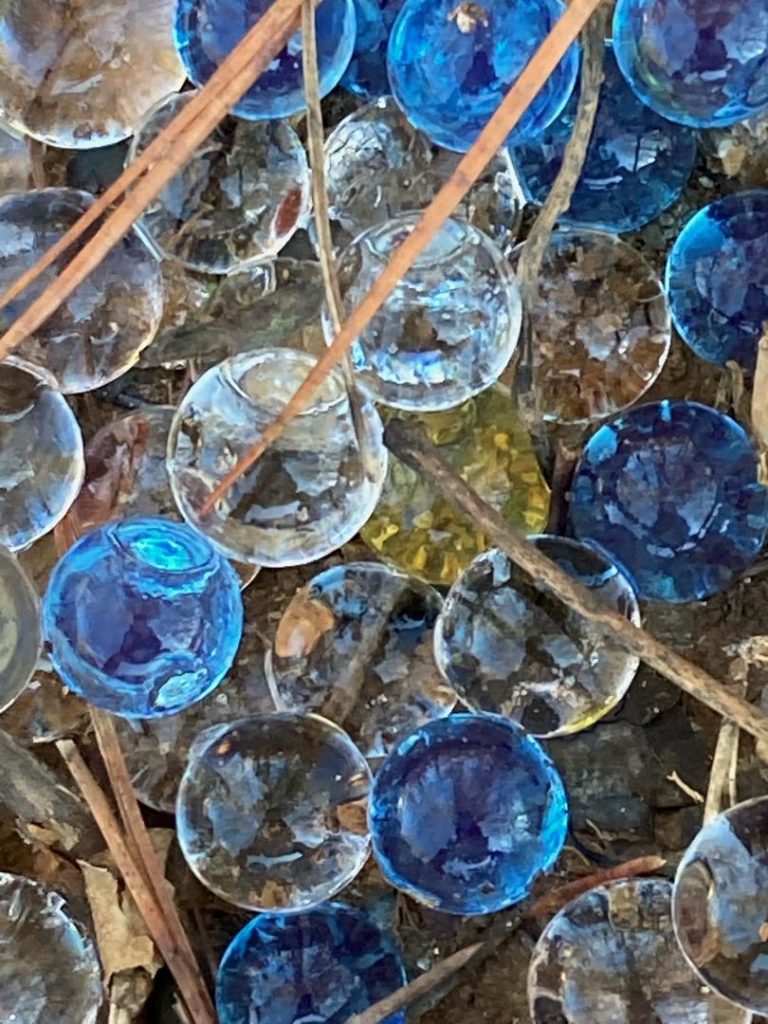 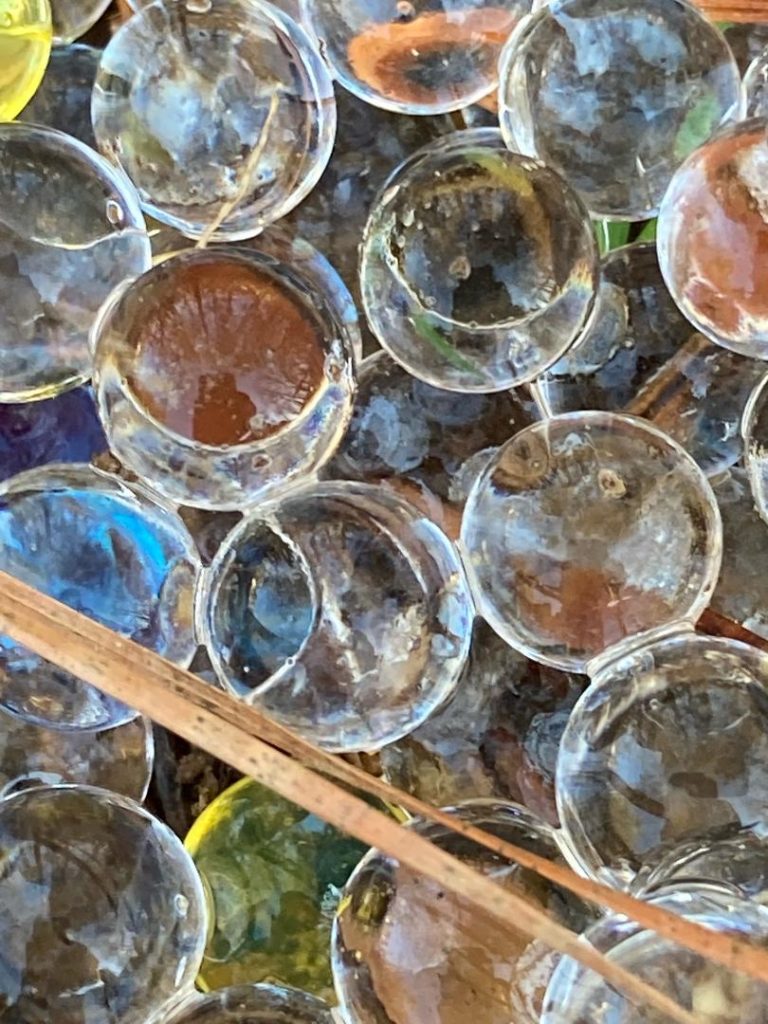 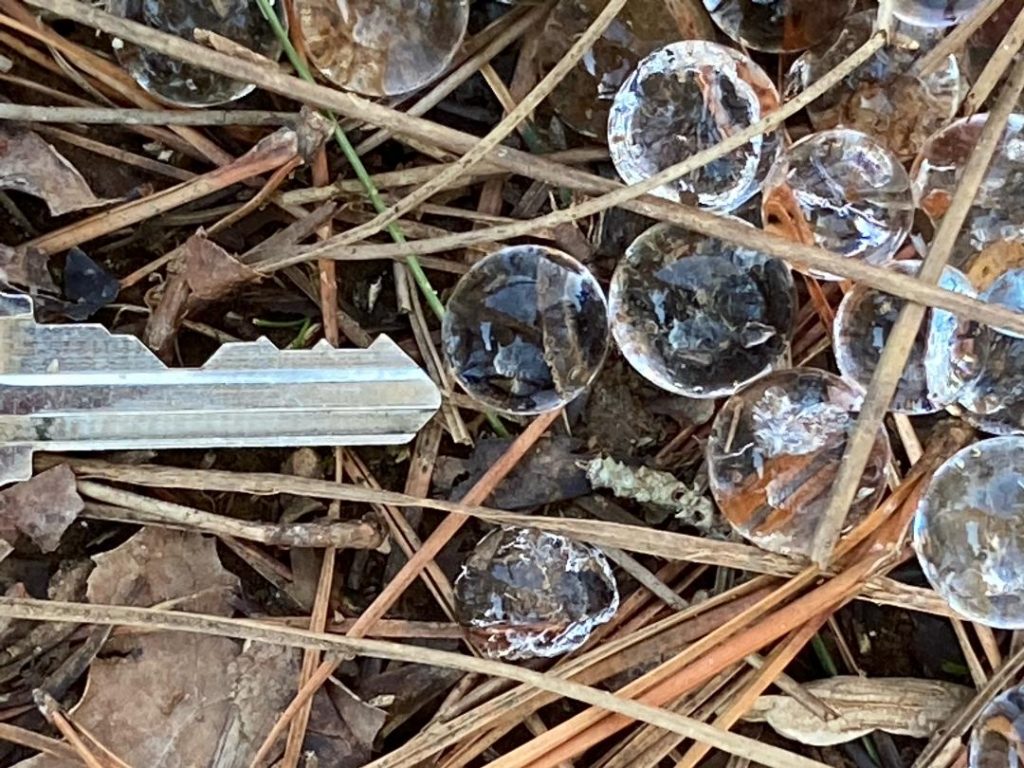