Through a good part of my childhood, one voice of authority manifested with equal weight alongside the commandments of my parents: that of Mrs. Mabel Prayor. An older neighbor, she was hired to cook meals, settle arguments, iron clothes and keep the house from burning down while my parents worked as school teacher and farmer.

“Walter, you come from behind the house right now!”, she’d demand from the back door. “Stop feedin’ those berries to your brother! They are pizen! Robert, come here to me this minute and spit those things out before I have to call Mrs. Reeves to take you to the hospital!”

How she knew I was hiding behind the house, force-feeding my brother nandina berries, I cannot say.

How she came to her belief that all colorful berries were poisonous…… but that an occasional pinch of Bruton’s snuff behind her bottom lip was tasty beyond measure, I cannot say either.

All I know is that it took several years of horticulture work before I lost my trepidation regarding bright berries from any landscape plant.

In fact, much to my relief, nandina berries are not particularly dangerous. Nor are those of liriope, viburnum and holly, although all can cause stomach upset when consumed in large quantities.

A gardener recently e-mailed me to ask if the Christmas tree she planned to erect would be poisonous to her eleven-month-old daughter. She cited one of her baby care books, which said as much and recommended using an artificial tree instead.

Remembering the false panic over “poisonous” poinsettias a few years ago, I searched several references and called the Georgia Poison Control Center (404-616-9000) for information.

Fortunately, they all agreed that Carolyn’s child has nothing to fear from her first live Christmas tree. Perhaps the baby care book confused the Canada hemlock tree, Tsuga canadensis, with poison hemlock, Conium maculatum, which looks like a tall carrot-like weed, found at the edge of swamps.

INDOOR PLANTS Other holiday plants could be harmful, though, and bear watching when small children are around. Jerusalem Cherry, Solanum pseudocapsicum, is sometimes sold as a holiday houseplant and does have non-edible, poisonous, round, bright orange or yellow fruits. Paperwhite narcissus leaves are also poisonous.

Poinsettia was once thought to be poisonous but that myth turned out to be truthless folklore.

Common houseplants such as anthurium, caladium, dieffenbachia and philodendron have sap which causes tongue irritation, so keep them out of reach from crawling children and curious puppies.

POISONOUS OUTDOOR PLANTS Several common landscape plants can be dangerous if their leaves are consumed, including boxwood, oleander, yew and Lily of the Valley. Most, but not all, poisonous leaves are quite bitter, which limits the number that might be accidentally eaten.

Seeds from other common plants, such as mistletoe, castor bean and wisteria are dangerously poisonous since they could be appealing to a small child who finds one. Maybe the fears of our family’s housekeeper weren’t unfounded after all.

Even normally edible plants contain toxic compounds. Apple, peach and plum seeds contain a small amount of cyanide. Primitive lima beans were poisonous in large quantities. Perhaps this explains my sweetheart’s total aversion to anything bean- or pea-like in her diet. Gardeners know to avoid the poisonous leaves of rhubarb, although the stems are the main ingredient in pies consumed throughout the Midwest.

WHY ARE PLANTS POISONOUS? Some plants are poisonous as a natural defense mechanism against pests. Others are “accidentally” poisonous through their innate biology. Sometimes toxins are merely by-products from the essential functions of the plant.

Ironically, some toxic plant compounds, such as morphine from poppies, aspirin from willow trees or digitalis from foxgloves, have great medicinal value, even though overdoses can kill. In most cases, normal parental caution (“Don’t eat strange things!”) will prevent harm to you or your family from plants.

Poisonous Plants in the Landscape 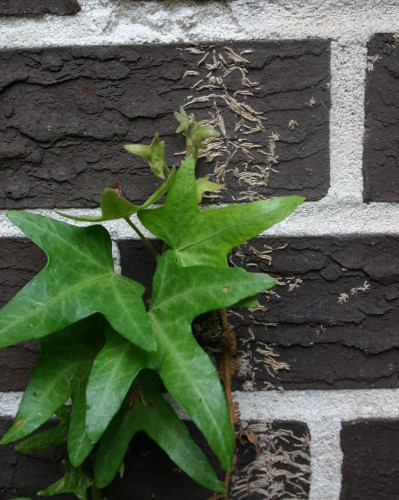 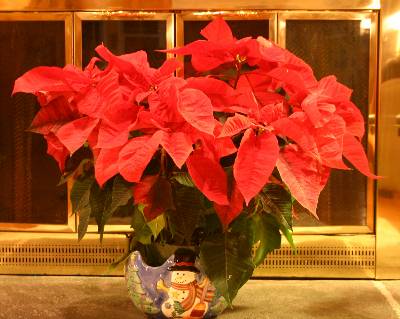 poinsettia is not particularly poisonous

Tags For This Article: poisonous plants