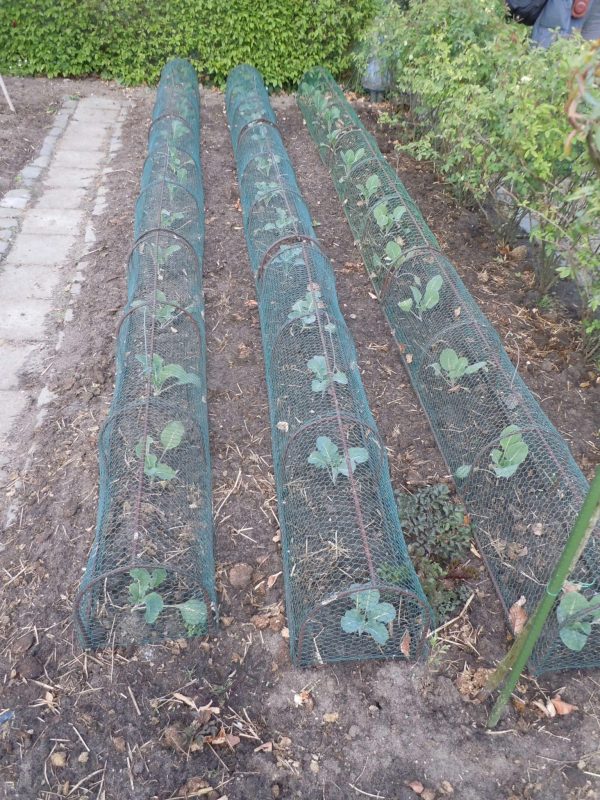 Q: I’m not just frustrated about my corn,  now I’m getting mad about it.  I’ve always tried to plant on Good Friday.  But I didn’t this year because I was in Florida at the time.

I planted the following Saturday.  Not a single stalk of corn came up.  When I was looking through the garden, I saw what appeared to be flakes of the outer shell of corn kernels.  What was also apparent was that something went right down the rows and picked out the corn seed.

After about 3 weeks, I replanted it all.  At the same time, I planted corn seed in starter planters, and had plenty of stalks of corn to come up in the planters.  But the second round of seed never came up. The indications were the same.  I saw remnants of missing seed scattered about the rows.

After transplanting the corn, after several days, the corn is all gone.  It appears that something has eaten the tender green corn stalks.  Now I’m at wits end.  I’ve planted the stuff 3 times now, and have nothing to show for it.

A: Welcome to the world of farmers. They are all too familiar with this problem. I think crows have visited your garden and pulled the seedlings from the ground.

I found an excellent summary of how to manage crows, which I’ve reprinted below.

If your rows aren’t too long, consider making a V-shaped “tent” above the row to protect seedlings until they are rooted well enough to resist the crow pulling on it.

Bird damage to emerging corn can be caused by primarily three species, crows, Canada geese, and wild turkeys. This article will focus on crow control, but many of the tactics can be applied to other bird species. Any wildlife species that has a hunting season and requires a hunting license falls under the jurisdiction of the PA Game Commission and thus is regulated. Permits are required for the control of these three birds and can be obtained from the Game Commission. An additional resource available to you is the USDA Wildlife Services they can assist with the permitting process and are an excellent resource for controlling wildlife on your farm.

Limiting crow damage to corn begins at planting. Your best defense is to ensure your planting depth is at least 1.5” and the seed trench is properly closed. This will make it difficult for the crows to pull up the seedling exposing the desired kernel.

Crows are highly intelligent animals; in fact I was once told that not all people are smart enough to be crows! It is important to remember that fact, because controlling crows will involve multiple techniques. Crows will quickly adapt to control tactics and change their behavior to avoid them. Unfortunately there is no single silver bullet that can be applied, multiple tactics will be necessary. An crow IPM program will be necessary just the same as controlling other pests on your farm. Here are a variety of crow management options:

Scarecrows – can be affective but usually need to be used with an additional control tactic. The scarecrow must be moved regularly, every 5–7 days to maintain effectiveness.

Effigies – A crow effigy is when you hang a dead crow upside down to discourage crows from coming into an area. Effigies work best in roosting areas but can also deter feeding in fields. Remember to keep moving the effigy to new location every 5–7 days and hang upside down about three feet off the ground.

Provide alternative corn – Use this tactic with caution, as you are actually “baiting” the crows and could encourage more crows to inhabit the area. Scattering softened corn, either high moisture corn or shelled corn soaked in water, throughout the field provides the crows something else to eat while the planted corn grows out of the danger of bird damage.

Encourage hunting – this also comes with a caution. Crow hunters use calls which can bring additional crows into the area.

Pyrotechnics – There are variety of pyrotechnics that can be utilized from the hand gun type “bird bangers” to state of the art CO2 cannons. Gemplers, catalogue has a wide selection of pyrotechnics. Remember the intelligence of the crow, they will eventually figure out the pattern of the CO2 cannon and that your bird banger doesn’t hurt. Reinforcement will be necessary.

Shooting – Crows are protected by the Migratory Bird Treaty Act, a federal act resulting from a formal treaty signed by the United States, Canada, and Mexico. However, under this act, crows may be controlled without a federal permit when found “committing or about to commit depredations upon ornamental or shade trees, agricultural crops, livestock, or wildlife, or when concentrated in such numbers and manner to constitute a health hazard or other nuisance.”

States may require permits to control crows and may regulate the method of taking. Federal guidelines permit states to establish hunting seasons for crows. During these seasons, crows may be hunted according to the regulations established in each state. Regulations or interpretation of depredation rules may vary among states, and state or local laws may prohibit certain control techniques such as shooting or trapping. Check with local wildlife officials if there is any doubt regarding legality of control methods.

Poisoning – There are no legal poisoning products available to the farmer, even with a pesticide applicators license. Poisoning crows on your farm is not a recommend practice and can attract a lot of unwanted attention to your farm. Leave the poisoning to the pros at USDA Wildlife Services, they are the only ones licensed to use DRC-1339, a very safe and effective toxicant for birds.

Trapping – This can be a very effective means of controlling crows on your farm, but it can bring more crows into the area. Building plans for a crow trap can be found in this very informative fact sheet from University of Nebraska. The key to successful trapping is getting the first crow in the trap. This can be done by placing an injured crow from shooting into the trap or by baiting. Once a crow is in the trap it begins calling for help and others enter the trap. It is important to empty the trap regularly and most importantly DO NOT leave the same crow in the trap every time. Once left in the trap a time or two, it will change its call for help to a call telling the others to stay away.

Bird damage to emerging corn can be extreme. I have been to fields that have been completely wiped out, not a single stalk of corn left standing. It is important to begin harassing crows early and often, just when you think you don’t have enough to do already. But remember, it is not a season long battle. There is a fairly narrow window when the corn is vulnerable to bird damage. Once the corn is about 6 inches tall, you can move on to managing the next pest!