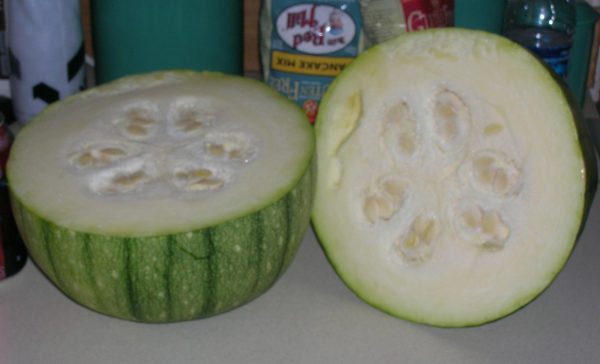 I frequently receive from gardeners pictures of crazy-looking squash, cucumbers and gourds. Typically the plants  sprouted in a compost pile, from discarded fruit of the past year.

The gardeners suspect cross-pollination is to blame for the odd shapes and they wonder if the fruit is edible. I’m sure you can eat any of these fruit but I can’t guarantee how they will taste (probably not so good). But identifying the parents of these squmpkins or gourchini or cuculoupes is almost impossible because these vining crops, while similar, are famously sexually discriminatory.

Here is my explanation of how it works:

Plants belonging to the Cucurbitaceae family produce separate male and female blooms on the same plant. Insects are usually required to cross-pollinate blooms.

Even plants that cross pollinate do not affect each other’s taste in the current year. Only the offspring next year will be affected.

Pumpkins and squashes do not cross-pollinate with cucumbers, watermelons or citron.

Watermelons and citron both belong to the same genus: Citrullus and, therefore, will cross-pollinate each other.

Muskmelon, cantaloupe and Casaba melons will cross since they are both in the genus Cucumis and in the same species melo.

To make all this easier to understand, plant experts have divided the Cucurbitaceae family into groups. Members of the same group pollinate each other.

All watermelons
All citrons