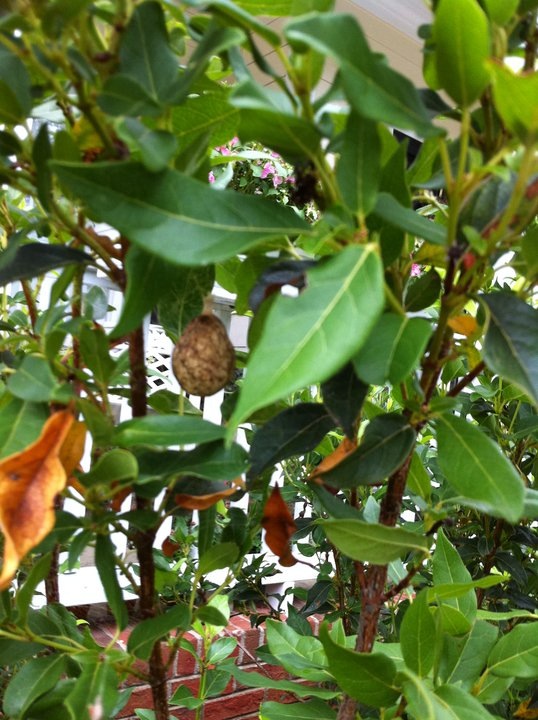 Remarkably large garden spiders are often seen in fall. They are black with yellow markings on their underside and their webs stretch across garden paths and between flowers.

A distinctive zig-zag pattern in the middle of the web identifies this spider as the black and yellow argiope, also called the “writing spider” or “zipper spider”. They are harmless, except to small insects which are unlucky enough to fly into their web.

If they are in the way of your garden walks, use a stick to wind up the web and put it in a less bothersome spot. 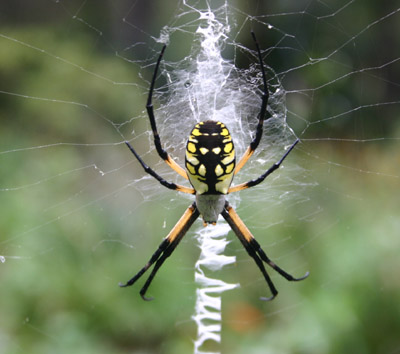 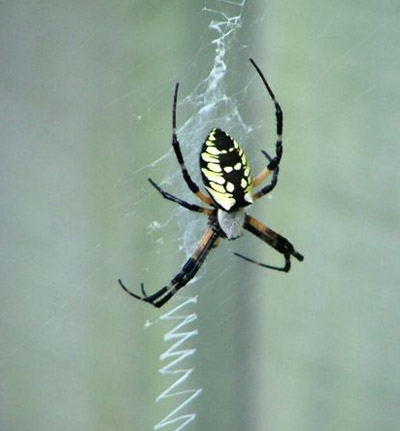 And a tip of the Georgia Gardener hat to Joan C., who provided these extra images