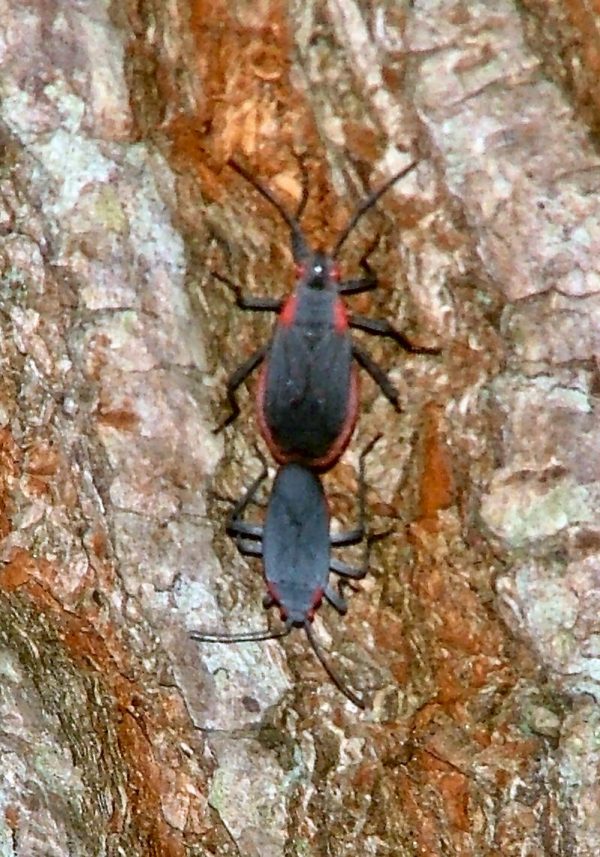 Q: What is this red bug ? There are a kazillion around my garden area? Are they harmful? Do they bite?

A: You’ve found some boxelder (or box elder) bugs, Boisea trivittatus. These harmless insects feed on the seeds of boxelder maple, Japanese maple and goldenrain tree.

Red-shouldered bug, Jadera haematoloma, is very similar in appearance. Generally speaking, if the insect is found near a boxelder maple or Japanese maple, it is boxelder bug. If it is near goldenrain tree, it is red-shouldered bug.

Both species congregate in masses under liriope and occasionally gather on house walls in the spring and fall. You can wash them off the house if you don’t like them but no other control is necessary.