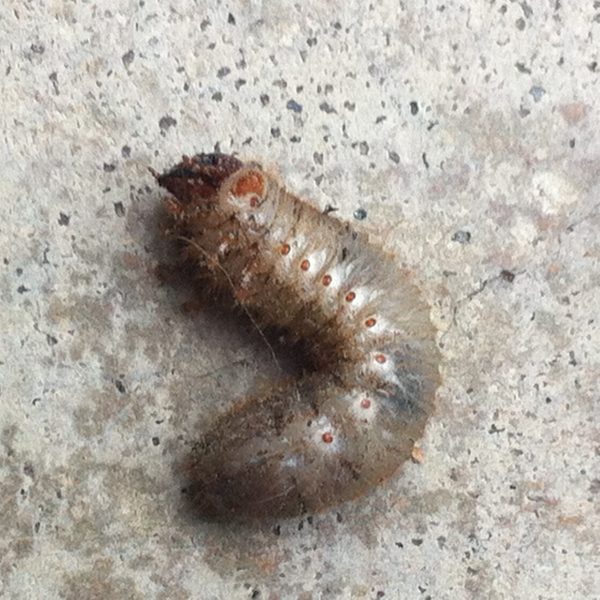 Q: I have seen many of these crossing the streets in my neighborhood lately. Could you please identify for me? Looks like a cross between a large maggot and a caterpillar!

A: It’s the grub of a Green June Beetle (GJB). You’ve probably seen on of these large green beetles in summer or perhaps played with one when you were a kid.

The mostly feed on lawn thatch but they are well known to emerge from the soil at night and move around.

“Why the GJB crossed the road” is anyone’s guess but I have pictures of huge numbers that emerged from a lawn and drowned in someone’s pool!

June Beetles in a Pool