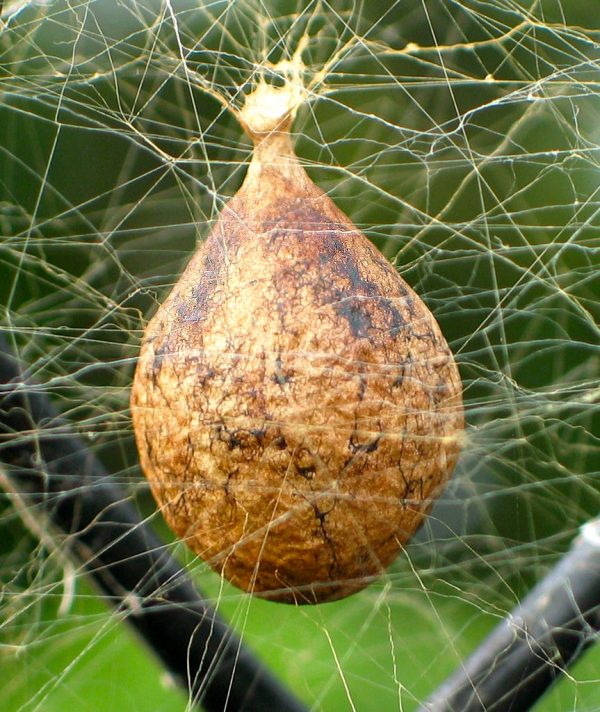 A female Joro spider may have as many as 1000 eggs in her egg sac when she constructs it in fall before she dies. The spiderlings hatch in spring and “balloon” themselves away by spinning a thread of silk, which catches the wind.

The Joro spider’s egg sac is identical to that of a yellow garden spider.

A spider will use her silk to make a thick-walled bag and deposit her sac (or sacs)  in a safe place, like in the densest part of her web, inside webbing under a large leaf, or in the highest corner of a home’s soffit. A sac will range in size from the size of a grape to the size of a table tennis ball.

Although it probably won’t accomplish much in the grand scheme of things, destroying the egg sac may diminish spider numbers for a little while.

Use a long stick with a rough end to wind up the web around an egg sac and pull it down.

The easiest way to destroy one is to let it soak in a bucket of water to which a bit of dish detergent has been added. Spraying with insecticide might work but it’s not as environmentally sound. 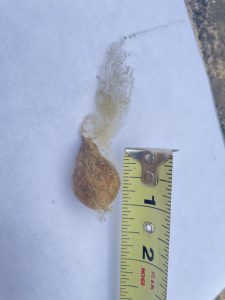 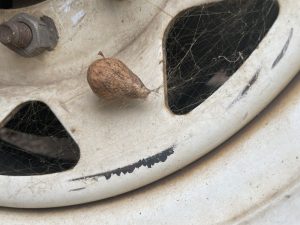 Wherever this trailer goes, there will be Joro spiders. (egg sac photo courtesy of Lyle Collins) 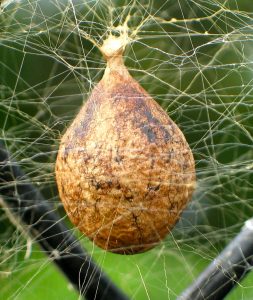 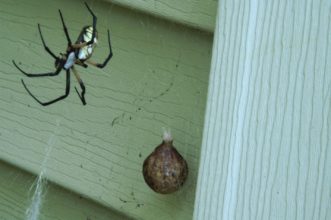