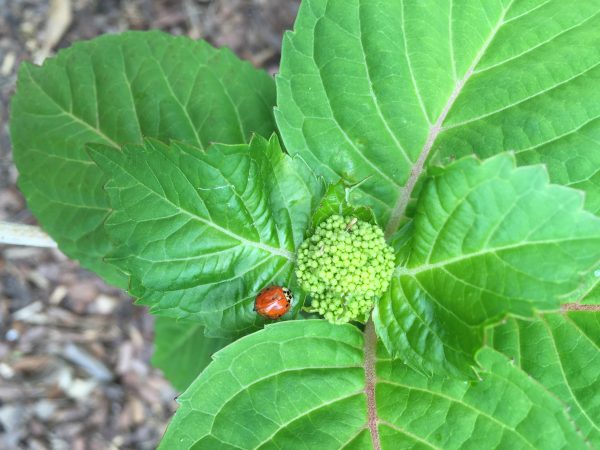 Q: I would love to know how to raise ladybugs in quantity. When I was in Arabi working on their water system I bet there was over a hundred pounds of ladybugs and another hundred pounds of mud daubers in the town’s new water tower base this winter.

A: I have no idea how to raise ladybugs but I do have some advice about purchasing them to release in your garden.

Most of the ladybugs you can buy come from the mountains of California, where they are “harvested” from naturally occurring aggregations. According to Dr. William Lyon at Ohio State University, beetles collected after May and released in the summer do not disperse any great distance, but remain in the areas where they were released. However, they have no appetite since they apparently are able to exist on their stored fat. Some feeding and reproduction occur, but these activities are much slower than those occurring naturally.

Dr. Lyons also states that beetles collected in winter and released in spring are apt to disperse quickly and widely, especially when the temperature reaches 65F and above. As a consequence, only a few beetles may remain in the area where liberated. Thus, purchased ladybugs cannot be relied upon to control a growing aphid population.

You can attract native ladybugs by planting dill, bronze fennel, Queen Anne’s lace, yarrow and carrots in your garden. Allow them all to flower, since their nectar is attractive to ladybugs. Alyssum is an excellent early-season attractant.  Wheast(tm) and Lady Bug Nectar (click for sources) are commercial products that can be sprayed on plants to possibly  attract and feed naturally occurring ladybugs.

Should We Release Lady Beetles in Our Gardens?