Q: I know a couple who purchased a large piece of country property recently. They are experiencing an infestation of scorpions. The pest control companies they’ve contacted say they can’t help them get rid of the problem. Isn’t there something that could help this couple?

A: Scorpions, snakes and many other creatures are part of the package when you buy country property. My friend Flossie D. has dangerous Russian boars rooting through her garden in Morgan county. My in-laws have bears on their front porch in Big Canoe. In comparison, maybe the scorpions aren’t such a big problem!

Scorpions are solitary insects. Once hatched from their egg mass, individuals cast no backward looks as they wander about looking for shelter. Your friends likely live near a wooded area where scorpions find homes in rotted logs and moist underbrush. Pine straw piled high at the base of shrubs near a house also makes a fine hiding place for them.

The best option is to simply prevent the entry of the insects by sealing the cracks around pipes and under doors. Nothing in a house is appealing to a scorpion – when found, they’re just wandering around lost, trying to get out. Removing mulch near windows and doors will modify their habitat enough to discourage most uninvited appearances.

Your friends might also consider spraying an insecticide containing permethrin, bifenthrin or esfenvalerate in a two-foot wide band up the home’s foundation.

NOTE: Although any insect sting can be dangerous to a sensitive person, “woods” scorpions do not grow as large as their boot-dwelling cousins who fuel cowboy nightmares out West!

Stinging and Biting Pests of People 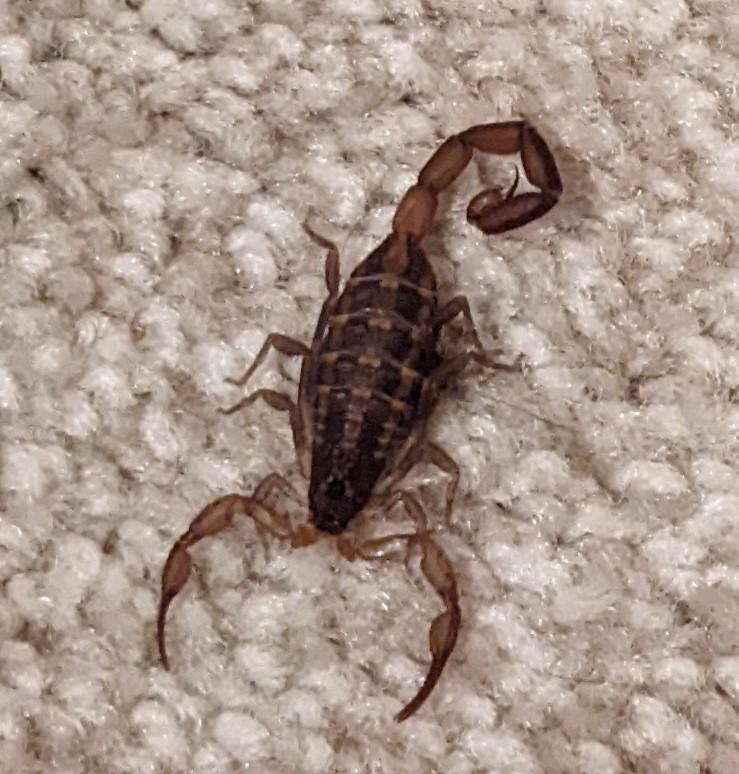