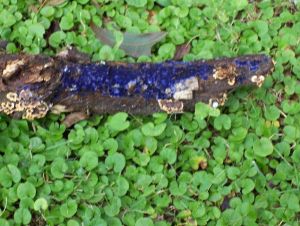 Q: Have you ever seen anything like this growing on the bark of a dead limb? It is a beautiful cobalt blue which I hope shows up in the picture.

A: Mushroom expert Mary Woehrel says it’s called Velvet Blue Spread. It resembles Blue velvet upholstery on an oak branch according to Gary Lincoff in the National Audubon Society Field Guide to North American Mushrooms. It’s usually found on rotting oak branches but can be found on other hardwoods. It’s common in the Southern Appalachians. The usual time to see it is August through November. 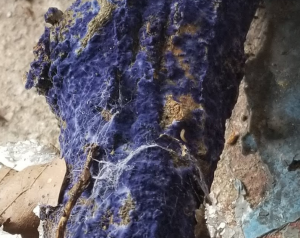