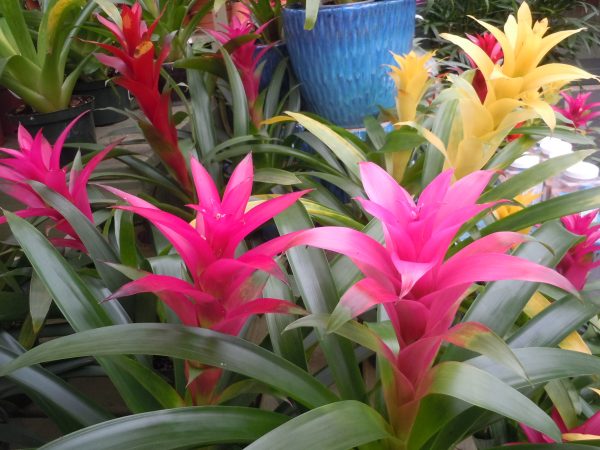 Q: Several weeks ago a friend gave me a big bromeliad from her greenhouse. Its leaves are beginning to shrivel. I watered the soil when I potted it and I have been pouring water into the throat of the plant. Why is it wilting?

A: I assume you received an offshoot from your friend’s plant and then planted it in your own pot. If the offshoot was large, you might not have gotten enough roots when it was broken from the mother plant. If some leaves are still healthy, leave them on the plant but cut off the extremely limp leaves. Many people know that bromeliads store water in the hollow where their leaves join – an area called the tank. The temptation is to pour lots of water into the tank until it runs out and soaks the soil beneath. The best way to water a bromeliad, though, is to water the soil and tank separately. Allow the soil to dry almost completely between waterings but keep the tank constantly half full. Every six months, flush the tank by filling it with water, inverting the plant and then filling it again.