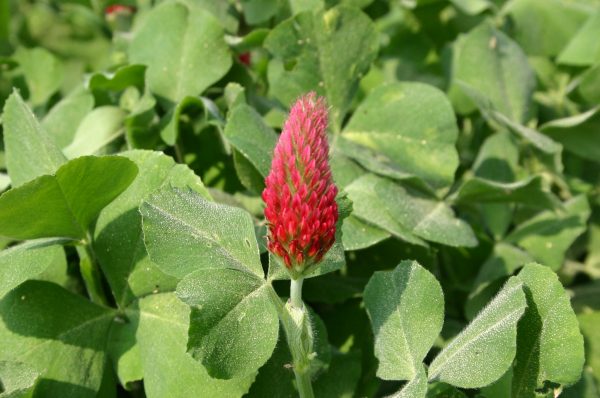 Q: I am curious about using plants other than grasses for an open area in my backyard. I have heard you describe on your radio show the idea of using dwarf mondo grass but the relatively high cost makes me hesitate. What do you think about growing cover crops such as clover from seed in the backyard? I am considering crimson clover or subterranean clover.

A: I applaud your curiosity but I don’t think clover will satisfy you. Crimson clover is a gorgeous plant when it blooms along the medians of Georgia highways. However, ask yourself, “Have I seen any crimson clover plants along the highway in mid-summer?” The answer is “No!”. Crimson clover is an annual plant. It germinates in fall, grows through the winter, flowers in spring, sets seed in early summer, then dies. However, its seed does not germinate readily.

Subterranean clover is an annual but it buries its seed underground, making it more likely to re-seed itself. However, light rains in August often cause the seed to germinate early and they then die if not given regular moisture. Most importantly for its lawn potential, subterranean clover, is also an annual plant and dies during the heat of summer.

White clover is a perennial plant but it suffers in hot, dry weather.  If you can irrigate it, this is the one to try.

A groundcover with more potential in shade is dichondra. It has been used for years in Florida and California but it requires exacting management in Georgia.