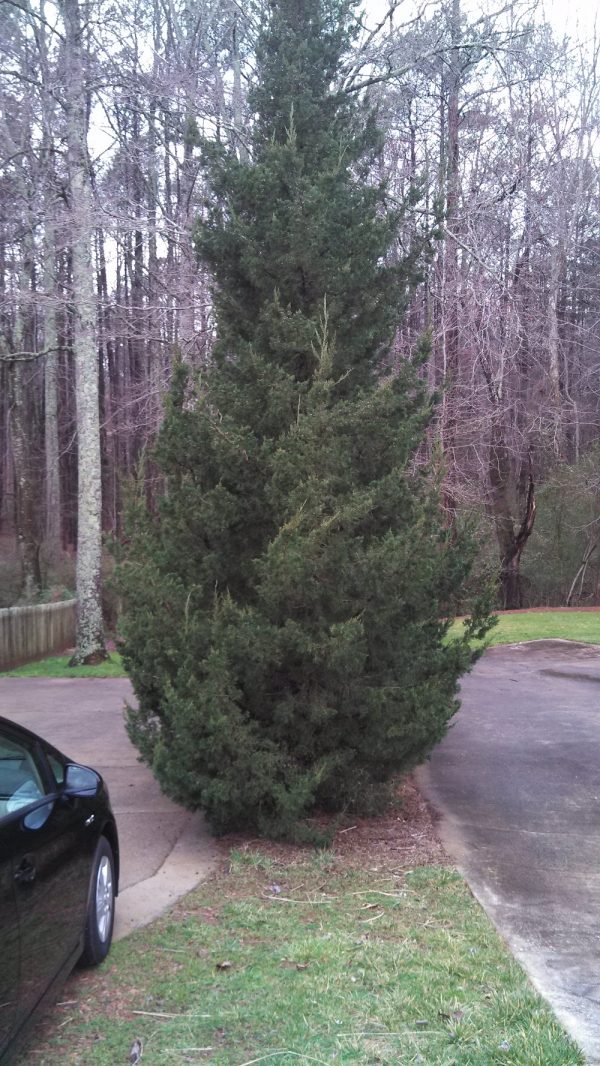 Q: I planted these trees years ago to serve as a border between our house and our neighbor. They have grown to be a little wider than I had anticipated. Would it hurt them to cut them back so that they do not hang as much over the driveways?

A: Pruning a needled evergreen is problematic but it can be done.

It’s important to remember that needled evergreen twigs don’t sprout new growth as vigorously as broadleaf plants do. You can prune a Chinese holly any which way and it will be covered in new green leaves in six months. If you prune a needled evergreen (Leyland cypress, arborvitae, pine, juniper, etc) back to brown twiggery, they will never regrow any greenery.

You can shorten limbs as long as you make your cuts such that green growth is left on the tree behind each cut. Try not to leaves any stubs; instead, make cuts at the origination point of a twig/limb you don’t like.

You can even make it a two year project, allowing the plant to put out new growth this summer to fill the holes you leave. Then more pruning can be done next spring.