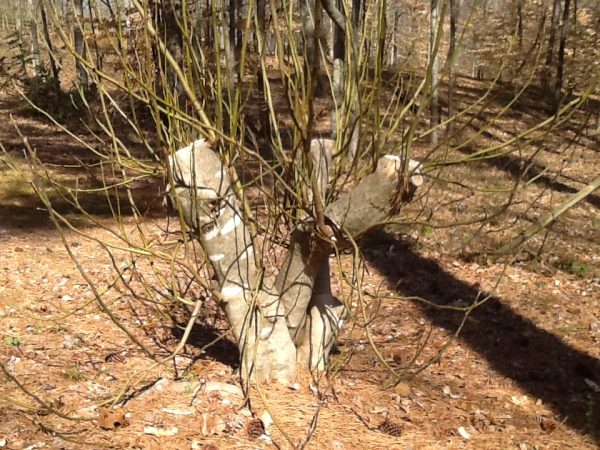 Q: We pruned our fig severely two years ago and left only three big trunks. It came back somewhat the next year with lots of sprouts from the roots. We removed some of them and now we need to prune it better. But we don’t know how or how much. It now has room to grow as big as it wants.

A: It will eventually sort itself out without your help. The big healthy limbs will grow large and shade out the smaller limbs, which will die. It’s all part of the natural process.

But you can hurry situation along by removing some of the small limbs now so they don’t compete too much with the large limbs.

It looks to me that you could remove completely 25% of the pencil-sized limbs and shorten by half 25% more. Leave the largest limbs to form a nice rounded structure after a couple of years.