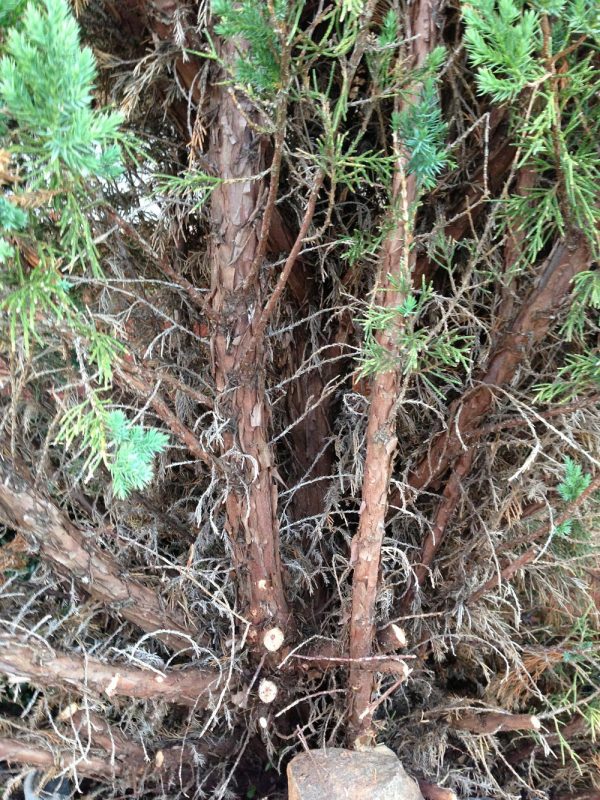 Q: We moved to our new house 6 months ago. When we moved one of our two evergreens looked like it was having a rough time! We trimmed/pruned it the best we could. Now, that same spot looks the same, the rest of the tree has grown fine though. How can we “fix” this spot?! Is it dead and beyond repair, or is it dying?!

A: Sad to say, not much foliage will grow in the problem spot. Unlike broadleafed shrubs (holly, azalea, photinia, etc), needled evergreens to not have dormant buds under their bark. For this reason, plants like juniper, arborvitae and Leyland cypress don’t make new sprouts after being pruned. These plants are best pruned by tipping back green branches, always leaving green needles in place after cutting out the parts you don’t like. I think the best you could do at this point is to plant a low-growing shrub in front of the dead spot to hide the brown area.

Truth be told, I’d almost rather you remove the evergreens completely and replace them with smaller shrubs that would block the windows. You’ll thank me in the long run.