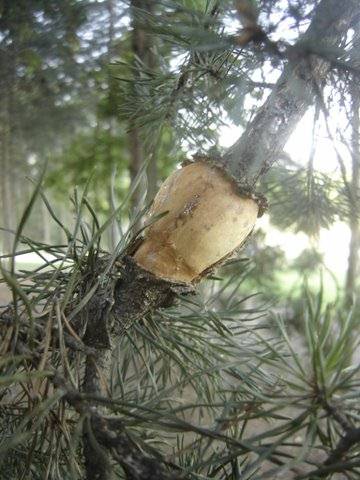 Q: Please explain what might cause this. It looks as though the pine cone never fell off the tree but instead grew downward and sprouted new limbs. Is this normal?

A: My forester friend Bill Blum says it looks like Cronartium cerebrum (Brain rust). I, however, think it could be Eastern gall rust, Cronartium quercuum.

Either way, notice the proliferation of needles below the swollen formation. This is called “brooming” and is a common result of rust infections on pine trees.

There is no control except pruning out the diseased limbs.