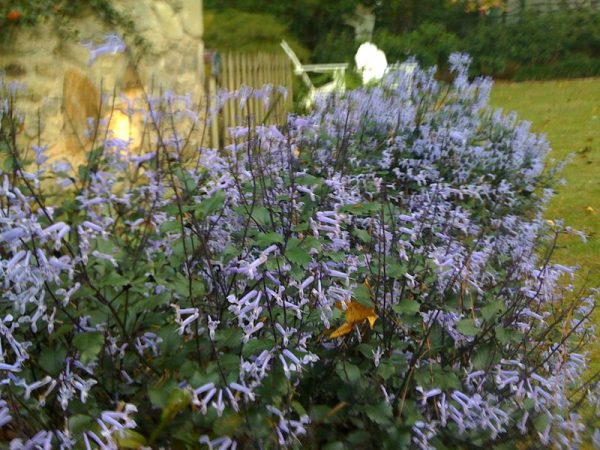 Q: Is ‘Mona Lavender’ plectranthus an annual or a perennial? I recently purchased two and the garden center listed them as full sun perennials. Other references say the plant is an annual.

A: If you were to live in tropical South Africa, where it was developed, it would be perennial. If you live where it freezes in winter, it is used as an annual. Unlike previous plectranthus, ‘Mona Lavender’ develops woody mature stems and forms a low shrub. The dark green leaves have wine-purple veins, making it very attractive in summer.

When daylength is less than twelve hours in fall, numerous lavender-colored, six-inch long flower spikes appear. They last a long time. Your plants will be covered with flowers up until the first frost. You should remove old flower heads as the blooms fade.

Plant in filtered sun, fertilize monthly and irrigate if the plants begin to droop. Take six-inch long stem cuttings in early October and root in a glass of water so you’ll have even more of these great new plants next year.