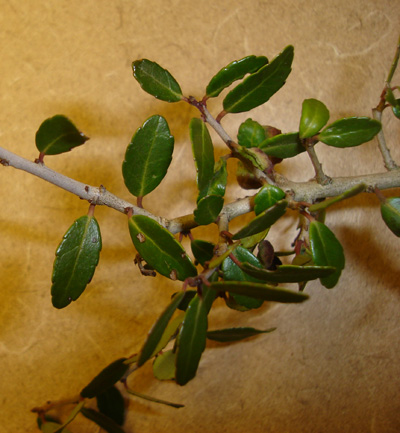 Q: I just bought a house and it has several tall bushes that I cannot identify. It has no thorns, but is similar to a pyracantha. Can you help me to identify it?

A: It’s a weeping yaupon holly, Ilex vomitoria ‘Pendula’. Landscapers like it because it has an interesting columnar shape that allows it to fit nicely in landscape corners. It also produces a gorgeous crop of red berries each winter.

Regular yaupon holly, in contrast to the weeping form, is a large, rounded bush. It is native to the Southeast and was valued by Native Americans, who made a caffeine-rich tea from the leaves. If they drank too much tea, the effect on their digestion is described by the second word of the Latin name.

Little care is needed except occasional pruning if the plant gets a little big for its surroundings.