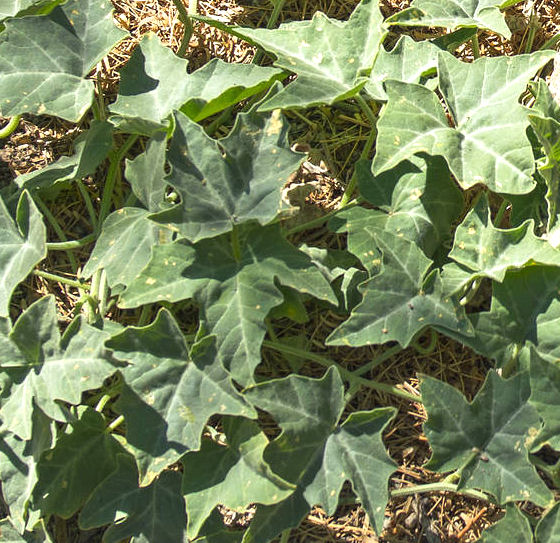 This is a vine that was found right next to Newman Cabin adjacent to Golar Wash in Death Valley. This plant appeared out of place amongst the desert scrub & was the only one like it in the vicinity. My first impression was that it was a vegetable vine, perhaps grown from a seed someone may have dropped. Upon comparing it with photos of other vegetable vines I was unable to find a match. It does bear a resemblance to English Ivy but has several important differences. Thoughts, anyone? Thanks.