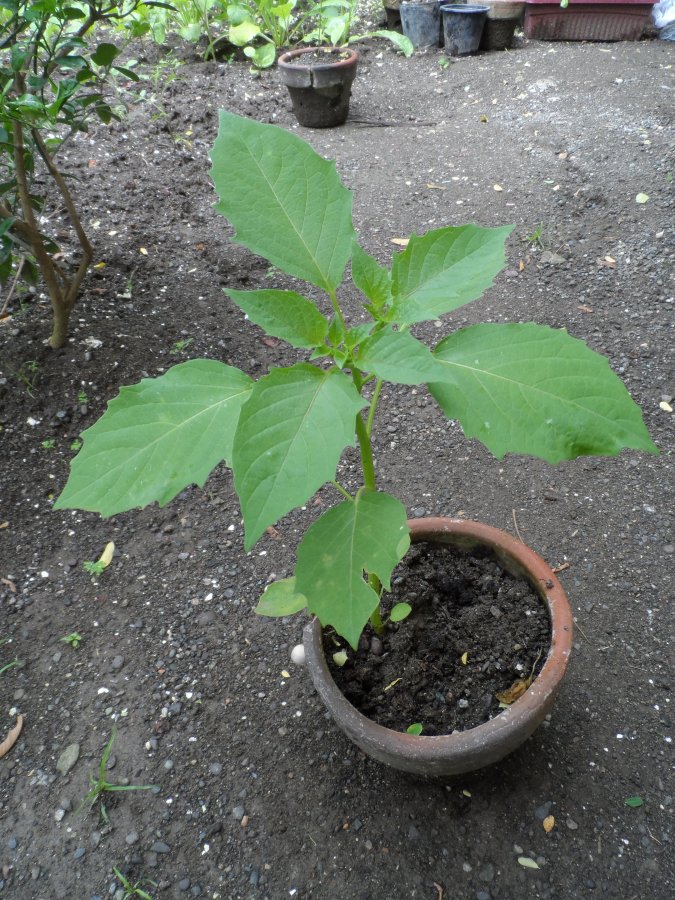 Previously I uploaded 2 pictures of plants in which one was identified as Sida Rhombifolia, thanks to laura735 But the second picture is not shown so I uploaded it again. This plant just grew from this pot and we thought its a kind of weed.