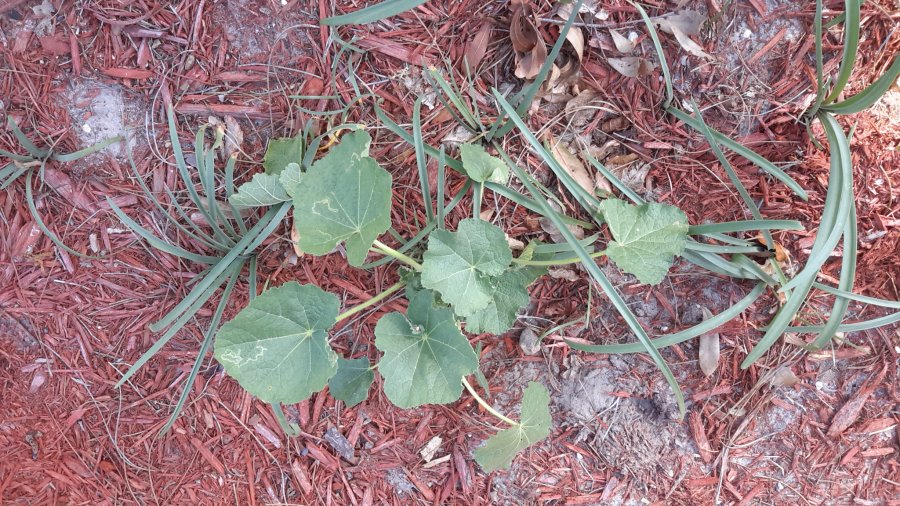 I don’t know if you can tell or not but there are 3 of them in a row. It’s possible they could be pumpkin, not because I planted pumpkin there but because I had pumpkin seeds in pots they were eventually dumped there. I also bought some bulb and roots from the store and planted them in the fall. But I don’t remember what they were. I was told it was creeping Charlievor a similar weed. But these are tall and the stems round not square shaped.