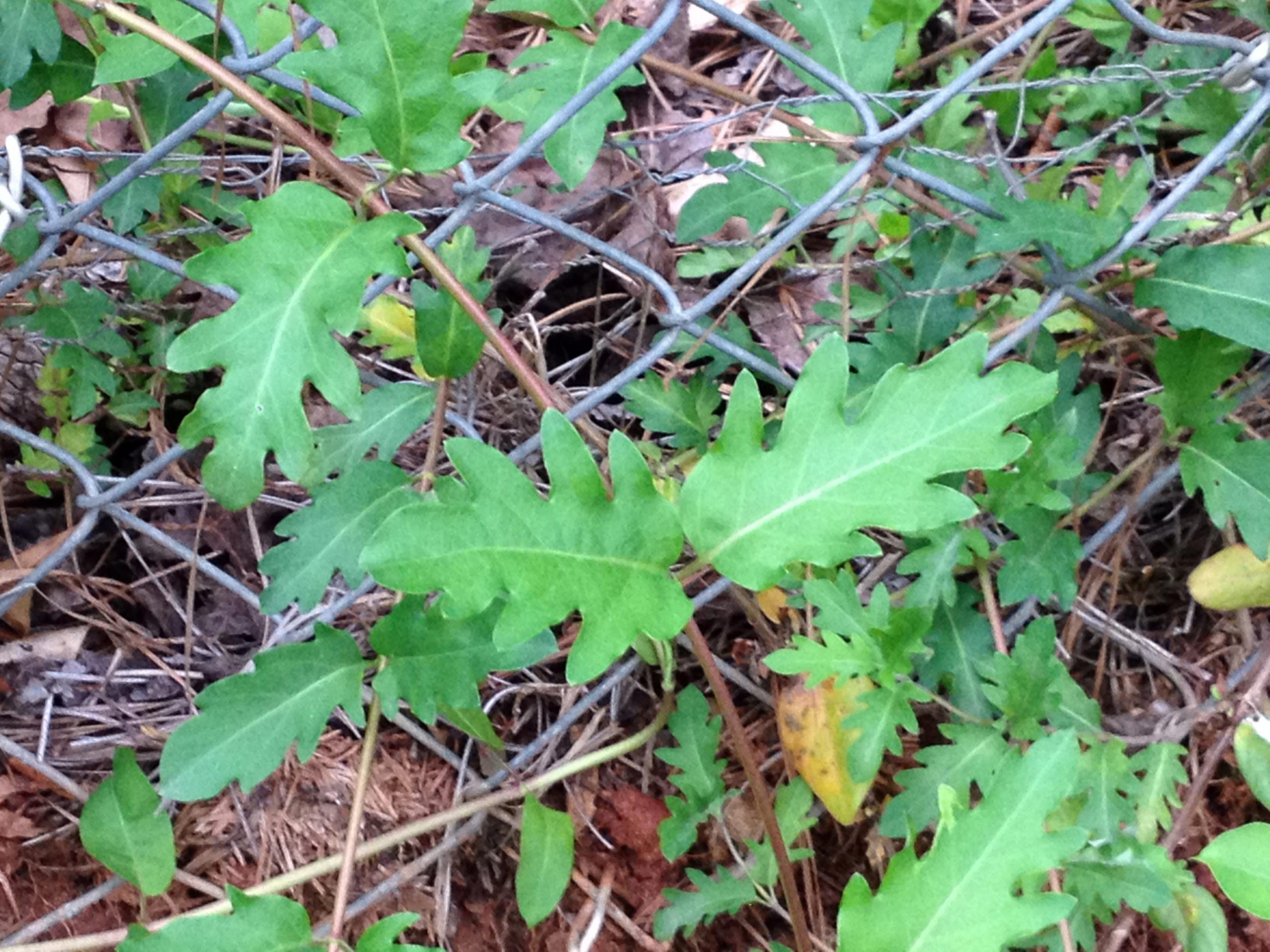 Coming up amidst my honeysuckle, but these leaves are not the same at all! I thought it was clumping with red runners, but then I realized it was a straight-up vine. Which was expanding exponentially. New to my yard this year! I’m super allergic to poison ivy, so I was worried this was something related/evil plant of doom. The vines were reddish earlier, but I think now the color is not so apparent. It also seems to have bunches where it is coming up or putting down roots.