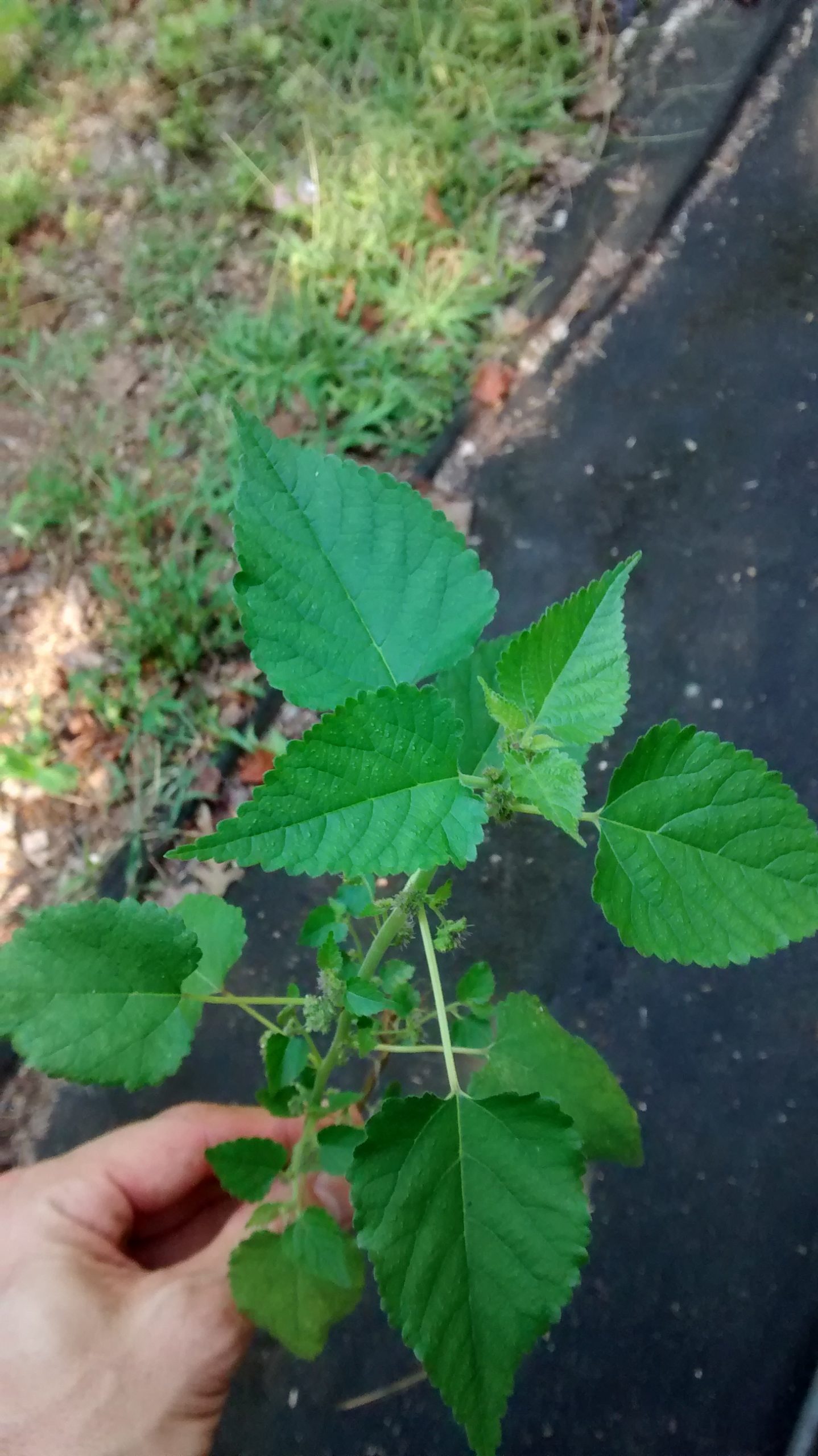 This plant grows over a meter tall, has coculbur sized whiteish ‘flower’ nodules that are not fragrent, and shallow roots. I put down tree/brush chipping from the power company a couple of years ago. So I imagine I’ve depleted the nitrogen in the soil. These guys have taken over the garden and paths. The chickens tolerate them but don’t relish them. They don’t really have any aroma. I’ve been to several big box stores and although the plant is commonly recognized it has never been identified.