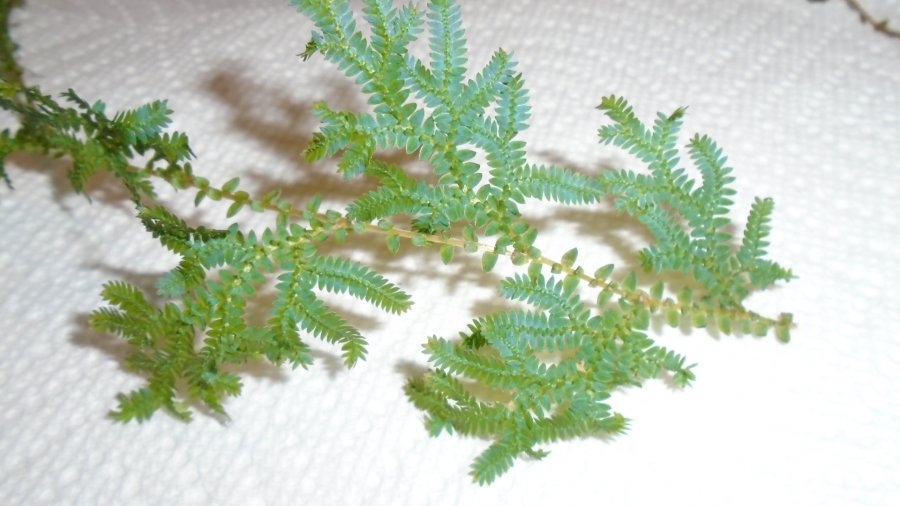 I bought this plant at Walmart in the Spring. I thought it had died but noticed few specks of green at the base of it so I trimmed everything away and started caring for it. It has grown in beautifully, more so than when I bought it. The leaves are very tiny. The vines grow very long and straight. It feels spongy at the roots, like a moss. It’s color is green as in the pics, but when it was cooler there was a bluish tint to the leaves. It is outside in partial sunlight and doing well.