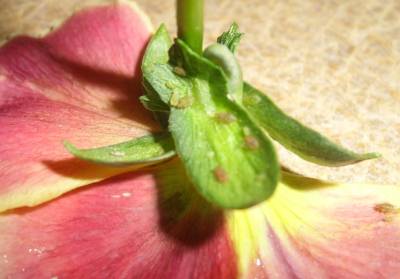 Q: I was taking out my pansies in early April and noticed three-fourths of them were filled with small bugs. I think that they are lacebugs, but didn’t think that they were out this early.

I have a problem every year with lacebugs on my azaleas. Could this be where they are coming from?

The warm weather of early spring triggers the too-early arrival of several insects. Would you believe I slapped my first mosquito on March 30?

Since you have already removed the pansies, lots of adult aphids went with them. There are still a few around, though. I’m a big believer in using few, if any insecticides, when fighting aphids. They make a tasty snack for dozens of beneficial insects, which I don’t want you to kill with bug spray. Keep an eye on the new annuals you plant in the bed. If you see aphids, use insecticidal soap (or a strong stream of water) to control them.