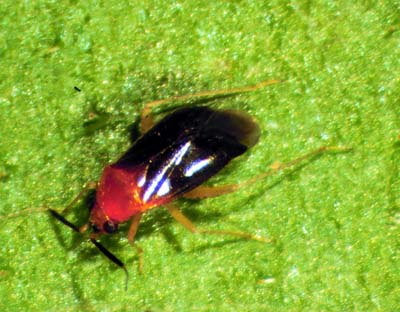 Q: Every spring when I am trimming azaleas, I get bit by a little red insect that has a bite fiercer than a fire ant. I only see them for a few weeks in late April or early May.

They are three-sixteenths inch long and bright red, shaped sort of like a pointed oval. The bite isn’t noticeable the first day but later you get a big bump and a large area of redness and swelling. It really itches and lasts for a week or more.

Do you know what the bug is?

A: I didn’t know initially but my entomologist colleague Dr. Kris Braman did. She says that it is undoubtedly an azalea plant bug, Rhinocapsus vanduzeei . It first attracted interest as a “pest” to gardeners because of its bite.

Dr. Braman studies it as a beneficial insect because it eats lacebugs, thrips, caterpillar eggs and whiteflies. It also feeds on plant pollen and so can persist in times when insect prey is absent.

Azalea plant bug nymphs and adults are active in early May. They occur on both evergreen and native azaleas. I think the simple answer is for you to wear gloves when you garden. 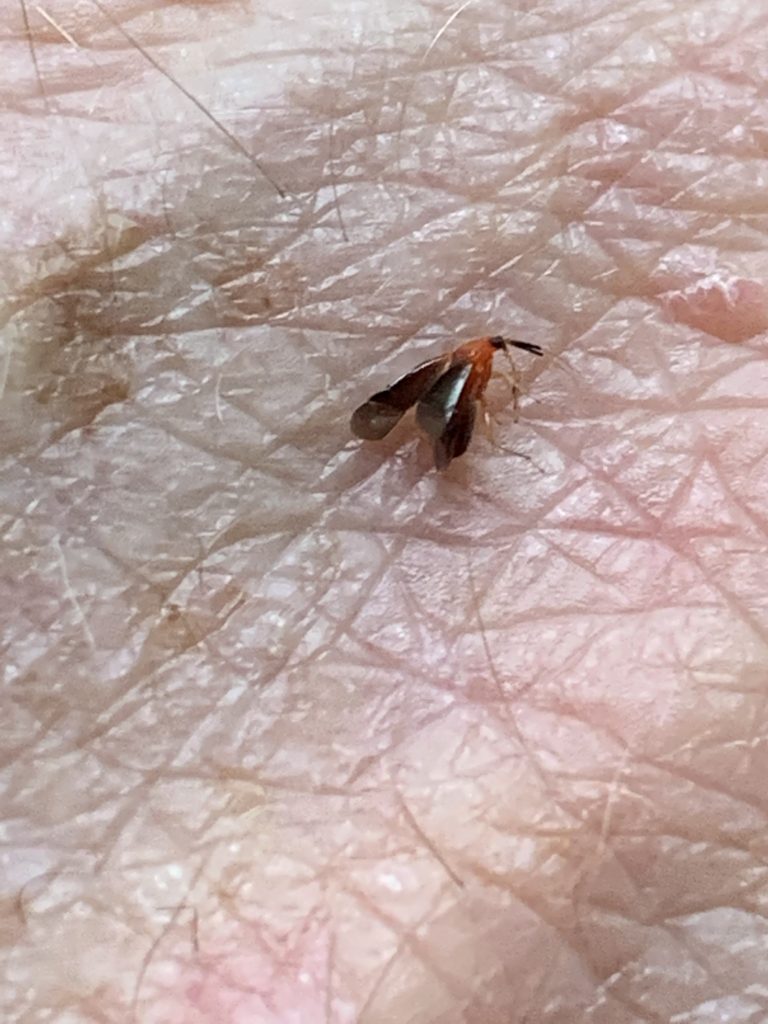