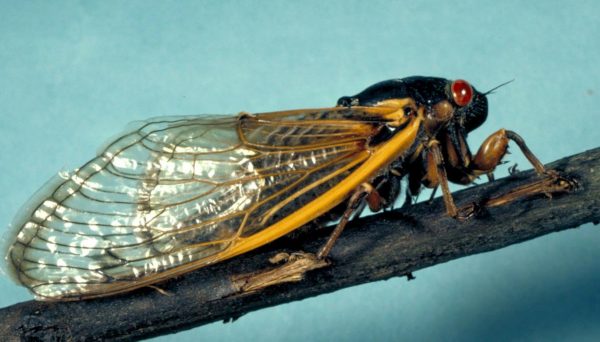 Periodical cicada hatched by the millions in 2011. UGA’s Nancy Hinkle mapped the emergence of this insect in Georgia.

She received e-mails from over 500 people and had cicadas reported from 50 counties.  In general, these cicadas seem to do well in most of north Georgia (excluding the mountainous counties of northeast Georgia), but are rare in south Georgia (except for a half dozen counties along the Altamaha River).  We still haven’t had populations reported from metro Atlanta counties.  And they haven’t been found in any of the coastal counties.

Though large, it is harmless. Periodical cicada emerges from the ground in April/May, then molts a thin brown skin (usually attached to a tree trunk) before becoming an adult. The red eyes make it distinct from any other cicada you might observe. It makes a noisy, high-pitched “rattle” in trees: part of the “sounds of summer”.