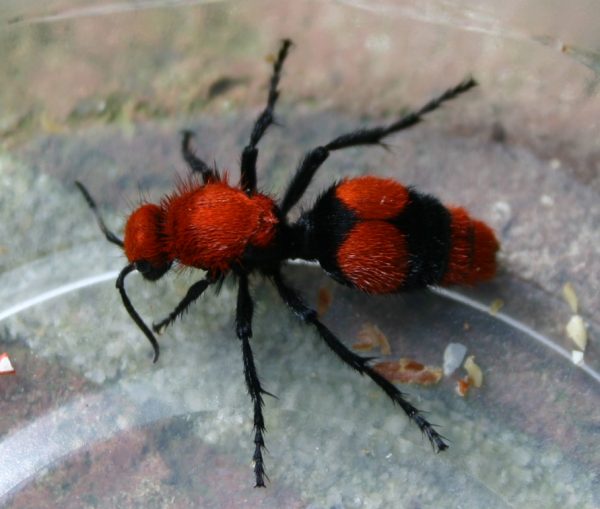 Although a velvet ant sting can make you whoop and holler, it is actually less powerful than other common insects.