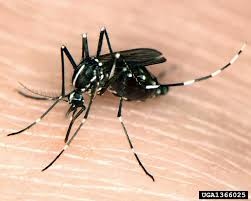 Mosquito control can be a maddening exercise. No matter how hard we try, it seems nothing can stop their appearance on summer afternoons. My friend Dr. Paul Guillebeau is an entomologist at the University of Georgia. He recently made some comments about the automated insecticide misting systems that are currently being sold.

I’ll let you read his words and make your own decisions.

But first, here’s a quote from a 2007 statement by the US EPA “Outdoor residential misting systems have not yet been studied sufficiently to document their effectiveness in controlling mosquitoes or other yard and garden pests”

“Public concern about West Nile virus has led to additional risks to human health and the environment. Health concerns have driven sales of automated pesticide misting systems for use in residential areas. These systems make regular, unmonitored applications of pesticides and create many possibilities for unwanted human and environmental exposure. The State FIFRA Issues Research and Evaluation Group in Region 6 addressed this issue in a paper issued in 2004. The situation remains unresolved, but this early draft of the paper will help you understand the concerns.

1) Uncertified Applicators. The misting systems are often marketed and installed by company employees with little or no experience with pesticide application. Because the employees are installing equipment instead of actually applying pesticide, many state pesticide regulations do not cover this activity.

2) Unsubstantiated Claims. Some companies are making improper claims about health protection. West Nile virus can cause health problems for some people; but West Nile virus does not represent health risks comparable to malaria or encephalitis. In this case, the unwarranted application of pesticide may pose a risk greater than the disease.

3) Off Site Drift. The mist units automatically spray pesticide at time intervals. The units deliver pesticide on schedule, regardless of weather conditions. There seem to be no requirements for setbacks from other property. Additionally, the pesticide will be released even if insects are not causing a problem. How would you like to live next to a property where pesticides were released on a schedule even if the wind was blowing into your backyard while your children were playing there?

4) Human Exposure Risks. Remote control units are available, possibly allowing the application to be ‘controlled’ by children or teens ‘playing’ with the system causing potential harm to unsuspecting friends or pets. The pesticides may be sold or provided to the homeowners to ‘maintain’ the system often without appropriate precautions regarding proper mixing, use, or, disposal.

5) Non-target Exposure. Dripping nozzles may be attractive as a water source, particularly during dry weather.

6) Discourages Integrated Pest Management (IPM). An IPM program is the best way to minimize pesticide applications by emphasizing non-chemical alternatives. One of the most important things a person can do to control mosquitoes is to empty sources of water for mosquito breeding or to add an appropriate larvicide to water sources. Many people using this automated system will assume that additional steps are unnecessary.

7) Increased Resistance. The continual, indiscriminate application of a pesticide is one of the best (or is it worst?) ways to select for resistance. Some of the web sites for the mosquito mister program report that insects cannot develop resistance to the active ingredients they recommend. I am not sure what entomology program they attended, but they were not in my classes.

Many state regulators and the American Association of Pesticide Safety Educators (of which I am a proud member) think automated, unmonitored pesticide applications are a bad idea. They are encouraging EPA to prohibit application of pesticides through this system.

“If you were thinking of buying an automated system to spray for mosquitoes, please think again. The idea of killing mosquitoes automatically may be appealing, but the associated risks are not.”

“Scheduled sprays used by these misters may needlessly broadcast pesticides into the environment, affecting mosquitoes and non-target insects alike. Modern mosquito control strategies emphasize an integrated approach, based upon a profound knowledge of the target, so that’s its various vulnerabilities can be exploited by the many tools we’ve developed for that purpose. Effective mosquito control requires continual survey of adult mosquito densities to determine if certain triggers for control are met. This reduces the use of adulticides to only those times when they are required.”

“In general, the mosquito control profession does not support the use of “misting systems”. The strongest argument against the systems lies in the “automated” aspect that dispenses insecticide whether the target pests are present or not. In addition, dispensing insecticide when conditions are not conducive to good efficacy, whether its wind or rain, or whatever, is just bad policy. However, if the system could be set off by the home owner when it was needed, I could see situations when it could be appropriate. I visited Darien, GA (just north of Brunswick) one time at the request of the governor to evaluate a mosquito outbreak. They had landing rates of over 50 mosquitoes/minute for over two weeks, with no mosquito control program. If I were a home owner there, I wouldn’t want any government bureaucrats, sitting in their comfy offices to tell me about my misting system. However, I don’t think that situation occurs anywhere in the upstate. So that’s my take, if its only automated, with no discretion, I’m against them fully. In extreme situations, with targeted usage, I could tolerate their use. “